United Kingdome is built on the blood of slaves, What does it mean?

United Kingdome is built on the blood of slaves, What does it mean?

The United Kingdom is built on the blood of slaves. What does it mean? It means that the country was built, and maintained, through the exploitation of slaves.

The United Kingdom has a long history of slavery. Slavery was first introduced to the British Isles by the Romans, who brought slaves over from their colonies in Africa and Europe. Slavery continued in the British Isles after the Roman Empire fell, with the Anglo-Saxons and Vikings both taking and holding slaves.

The British slave trade began in the 16th century when English traders began capturing Africans and selling them into slavery in the Americas. The slave trade continued for centuries, with Britain eventually becoming the biggest slave-trading nation in the world. It is estimated that between 1662 and 1807, around 3.1 million Africans were brought to the Americas as slaves, with the vast majority of them going to the British colonies.

The UK is built on the blood of slaves. Slavery was an integral part of the country's development, and its legacy can still be seen today. For example, much of the country's wealth was built on the back of the slave trade. And many of the buildings and landmarks that we see today, such as Buckingham Palace and Westminster Abbey, were built by slave labor.

The UK's involvement in the slave trade didn't end with the abolition of slavery. The country continued to profit from the exploitation of slaves long after slavery was officially abolished. For example, the British colonial administration in India (which was then part of the British Empire) continued to use slave labor well into the 20th century. 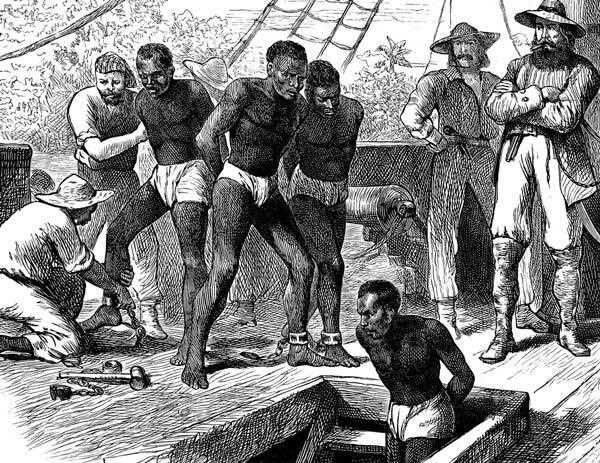 The UK's history of slavery is something that we should all be aware of. It's important to remember that the country was built on the backs of slaves and that their blood is still flowing through its veins.

Slavery wasn't abolished in the British Empire until 1833, and it took until 1838 for all slaves in the colonies to be freed. Even after emancipation, however, many former slaves were left impoverished and without any means of support.

The legacy of slavery can still be seen in the United Kingdom today. There is a significant disparity between the wealth of white Britons and that of black and minority ethnic Britons. This is partly due to the fact that the descendants of slaves were denied the same opportunities for education and employment as their white counterparts.

The United Kingdom has a responsibility to acknowledge the role that slavery played in its history, and to address the ongoing inequalities that exist as a result of it. Only by doing so can the country truly move forward.