What did Britain threaten China with over Hong Kong?

What did Britain threaten China with over Hong Kong?

What was the Chinese and British agreement on Hong Kong?

British Prime Minister Margaret Thatcher and Chinese Premier Zhao Ziyang sign an agreement in Beijing's Hall of People committing Britain to returning Hong Kong to China in 1997 in exchange for terms guaranteeing a 50-year extension of its capitalist system.

The British government has threatened to take 'decisive action' against China if it does not honor the terms of the Joint Declaration on the Question of Hong Kong, which was agreed between the two countries in 1984.The UK has said it is 'gravely concerned' by reports that China is planning to impose new national security laws on Hong Kong, which would effectively end the city's autonomy.

Britain has threatened to intervene in the Hong Kong crisis if China does not respect the city's autonomy, Foreign Secretary Jeremy Hunt has warned.

Speaking at the Conservative Party conference in Birmingham, Mr Hunt said the UK would not 'stand by' if China breached the terms of the Joint Declaration, which guaranteed Hong Kong's autonomy for 50 years.

His comments come amid growing unrest in Hong Kong, which has seen mass protests over a controversial extradition bill.

The bill, which would have allowed suspected criminals to be sent to mainland China for trial, was seen as a further erosion of the city's autonomy.

It was eventually withdrawn by Hong Kong's leader, Carrie Lam, but the protests have continued, with demonstrators demanding her resignation and a complete withdrawal of the bill.

China has accused foreign powers, including the UK, of fomenting the unrest and has warned against any interference in the city's affairs.

In his speech, Mr. Hunt said the UK had a 'moral responsibility' to Hong Kong and its people, and would not 'shy away' from speaking up for their rights.

He also said the UK would use its position on the UN Security Council to raise the issue of human rights in China.

'We will not stand by while the people of Hong Kong are denied their freedoms,' he said.

'We will use our voice at the UN, we will work with our partners, we will stand up for the Joint Declaration.'

The UK has been critical of China's handling of the crisis in Hong Kong, with Prime Minister Theresa May calling on Beijing to respect the city's 'one country, two systems' model.

However, the UK has also been careful to avoid openly antagonizing China, with Mrs. May saying she did not want to see a 'new Cold War' emerge. 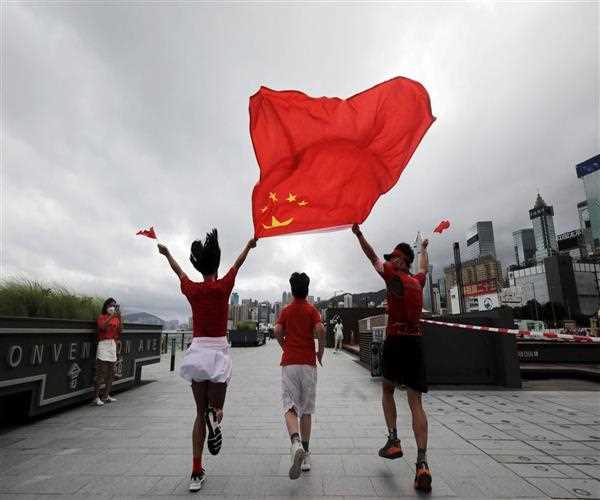