Who's benefiting from the Saudi attack on Yemen?

Who's benefiting from the Saudi attack on Yemen?

The Saudi-led attack on Yemen has been ongoing for over two years now, and there seems to be no end in sight. The Saudi attack on Yemen has been devastating for the Yemeni people. Over 14 million people are now living in poverty, and over half of the population is severely food insecure. The humanitarian crisis in Yemen is only getting worse, and yet the Saudi-led coalition continues to bomb Yemen. The country is on the brink of famine, and the humanitarian crisis is only getting worse.

So, who's benefiting from all this?

Certainly not the Yemeni people. The Saudi-led coalition has bombed hospitals, schools, and marketplaces, and imposed a blockade that has prevented food, medicine, and fuel from reaching Yemen. The coalition has also been accused of using cluster bombs, which are banned by international law.

The war has also had a devastating effect on the country's infrastructure. More than half of Yemen's health facilities have been destroyed or damaged, and only 45% of the population has access to clean water.

The Saudi-led coalition is not the only party responsible for the destruction in Yemen. The Houthi rebels, who are supported by Iran, have also been accused of indiscriminately shelling civilian areas and of using child soldiers.

However, the Saudi-led coalition is by far the biggest player in the conflict, and it is clear that the war would not be possible without Saudi Arabia's support.

The war has been a boon for the arms industry. The Saudi-led coalition has been one of the biggest customers of the world's leading arms manufacturers, including the United States, the United Kingdom, and France.

The war has also been good for the oil industry. Despite the fact that Yemen is not a major oil producer, the conflict has disrupted shipping routes in the Red Sea, which is a vital oil shipping lane.

And finally, the war has been good for Al-Qaeda in the Arabian Peninsula (AQAP), which has taken advantage of the chaos to gain control of large parts of southern Yemen.

So who does that leave?

The answer, unfortunately, is the arms manufacturers and the military-industrial complex. The war in Yemen is a boon for them, as it means billions of dollars in arms sales and profits. 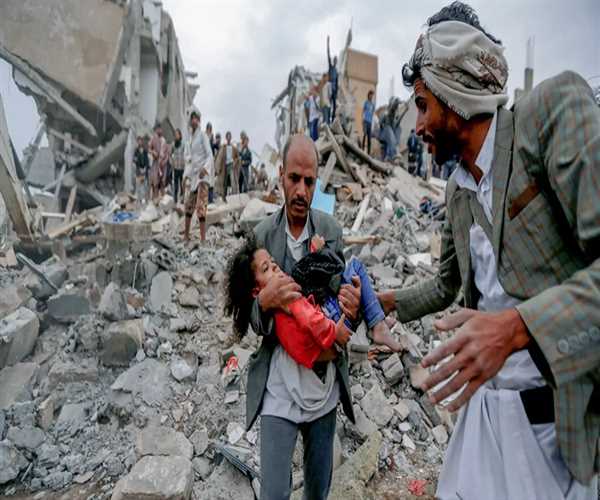 The US, UK, and other Western governments are complicit in this, as they are supplying the Saudis with weapons and other military support. They are also turning a blind eye to the Saudi-led coalition's war crimes, which have been documented by Amnesty International and other human rights organizations.

In the end, it is the Yemeni people who are paying the highest price for this war, both in terms of lives lost and lives ruined. And for what? So that the arms manufacturers can keep lining their pockets?

This is a sickening situation, and it needs to end. The international community must put pressure on the Saudi government to end the bombing and allow humanitarian aid to reach the Yemeni people. Otherwise, this war will continue to be a stain on our collective conscience.