The roots of modern liberalism can be traced back to the Enlightenment, when philosophers like John Locke and Jean-Jacques Rousseau argued for the natural rights of man. The French Revolution of 1789 and the American Revolution of 1776 further solidified the liberal ideal of individual liberty.

In the 19th century, liberals like John Stuart Mill and Harriet Taylor Mill advocated for women's rights, workers' rights, and democracy. The Industrial Revolution and the rise of capitalism also led to the development of liberal economic thought, with thinkers like Adam Smith and John Maynard Keynes arguing for free markets and government intervention to promote economic growth.

In the 20th century, liberalism was challenged by communism and fascism, but it emerged victorious in the Cold War. Liberalism has since spread around the world, with countries like India and South Africa adopting liberal constitutional democracies.

The modern liberal tradition in the United States began with the election of Franklin Delano Roosevelt in 1932. Roosevelt's New Deal expanded the role of the federal government in the economy and provided relief for the unemployed and for farmers. The New Deal also created Social Security, which protects Americans from economic insecurity in old age. 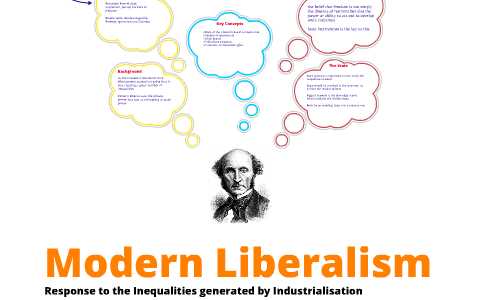 After World War II, liberals pushed for civil rights for African Americans and for women's rights. They also supported the rights of workers to unionize and to bargain collectively for better wages and working conditions.

In the late 20th century and early 21st century, liberals have supported gay rights, environmental protection, and gun control. They have also called for an end to the death penalty.

Modern liberalism is sometimes called 'left-of-center' politics. Liberals are sometimes called 'progressives.' Despite its challenges, liberalism remains the dominant political philosophy in the Western world. It continues to uphold the values of individual liberty and equality, and to strive for social progress.