Why is "Social Justice of Islam" written by Sayyid Qutb? still a controversial book?

Why is 'Social Justice of Islam' written by Sayyid Qutb? still a controversial book?

'Social Justice of Islam' is a book written by Sayyid Qutb, an Egyptian writer and thinker who was executed by the Egyptian government in 1966. The book is based on Qutb's own experiences living in the United States, where he observed what he saw as the moral decadence of the American way of life.

The book was highly controversial at the time of its release, and continues to be so today. Critics argue that Qutb's views on women and non-Muslim minorities are misogynistic and bigoted, respectively. Others argue that the book is an important work of Islamic thought, and that it offers a valid criticism of the West.

There are several reasons for this.

Second, Qutb was a critic of democracy and capitalism. He believed that Islam was the only way to create a just society.

Third, Qutb was executed in 1966 by the Egyptian government. His death was a rallying point for Islamic extremists. 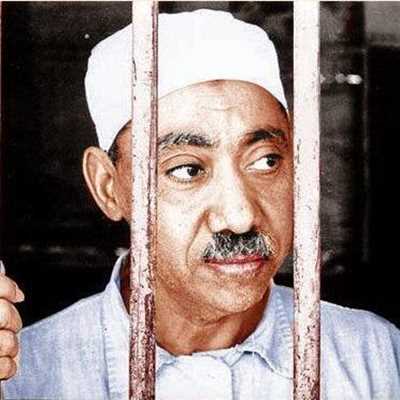 Fourth, Qutb's ideas have been used to justify violence. For example, Osama bin Laden cited Qutb in his declaration of war against the United States.

Finally, Qutb's book is seen as anti-Semitic. Qutb argues that Jews are responsible for the suffering of Muslims.

However, there are also many Muslims who believe that Qutb's ideas are valid and that his book is an important contribution to Islamic thought. They argue that Qutb's ideas can help to bring about positive social change in the Muslim world.

Despite all of these controversies, 'Social Justice in Islam' is still a popular book. It is required reading in many Islamic studies courses.