Why did Scotland vote to stay a part of the UK?

Why did Scotland vote to stay a part of the UK?

When did Scotland vote to remain in the United Kingdom?
Scotland voted on September 18, 2014, to remain a part of the United Kingdom (UK), with 55% voting against the proposal for Scotland to become an independent country and 45% voting in favor. This was a hard-fought campaign in which both sides made compelling arguments. However, the 'Better Together' campaign ultimately won, with a clear majority of Scots deciding that remaining in the UK is the best option for their future.

What prompted Scotland to join the United Kingdom?
The defeat in the Third English Civil War, also known as the Anglo-Scottish War, resulted in Scotland's incorporation into the Commonwealth of England, Scotland, and Ireland, owing largely to Cromwell's determination to break the power of the kirk, which he held responsible for the Anglo-Scottish War.

So why did Scotland vote to stay a part of the UK? There are a number of reasons, but here are some of the most important ones: 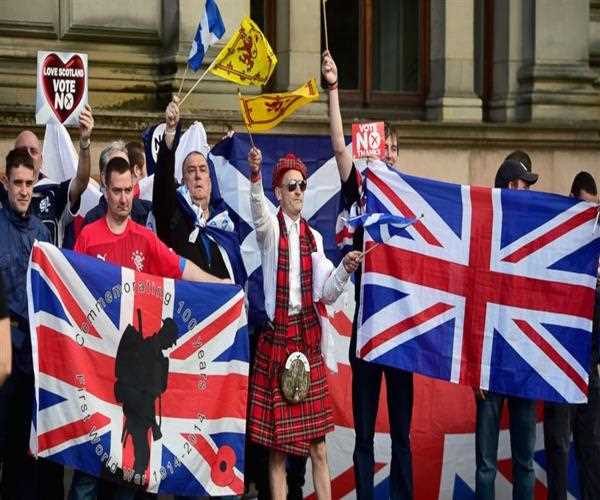 There's no doubt that the economy was a key factor in this decision. The 'Yes' campaign argued that an independent Scotland could be a prosperous one, with oil revenue and other economic benefits helping to fund a better future for everyone. The 'No' campaign, on the other hand, warned that independence would be a risky proposition, with the potential for higher taxes and an uncertain economic future. In the end, those arguments seem to have won the day, with many Scots deciding that the risks of going it alone are simply too great.

2. The question of Europe

Another big issue in this campaign was the question of Europe. The 'Yes' campaign argued that an independent Scotland would be able to negotiate its own membership in the European Union, and that this would be good for the Scottish economy. The 'No' campaign, on the other hand, warned that an independent Scotland might not be able to negotiate such a deal, and that this could lead to all sorts of problems down the road. In the end, those arguments also seem to have resonated with voters, with many Scots deciding that the UK's membership in the EU is a valuable asset that shouldn't be put at risk.

3. The issue of Scotland's place in the world

This was perhaps the most emotional issue of the campaign. The 'Yes' campaign argued that an independent Scotland would be able to take its place on the world stage, as a proud and sovereign nation. The 'No' campaign, on the other hand, warned that independence would mean isolation from the rest of the world, and that Scotland would become a small and insignificant country. In the end, those arguments seem to have struck a chord with many Scots, who decided that the UK is a better place for Scotland to be a part of. So there you have it.