Why are migrants in the US being sent to Democrat-run areas?

Why are migrants in the US being sent to Democrat-run areas?

asked by Rahul Roi in US Revolution
Answer Add comment

The United States has long been a destination for migrants seeking a better life. In recent years, however, the country has seen a sharp increase in the number of migrants coming from Central America. This has led to a situation where many of these migrants are being sent to Democrat-run areas, leading to a political backlash.

There are several causes for this circumstance.

The first is that the number of ports of entry for immigrants has decreased as a result of the Trump administration's strict immigration policy.

Second, the administration has been deporting immigrants who have been in the country for a long time, which has reduced the number of destinations these immigrants can go.

Finally, the administration has been sending migrants to so-called 'sanctuary cities' - cities that have adopted policies that protect undocumented immigrants - in an attempt to force these cities to change their policies. This has led to a situation where many of these migrants are ending up in Democrat-run areas.

The result of all this is that there is a growing political backlash against the Trump administration's immigration policies. Democrats have been quick to point out that the administration is effectively holding these migrants hostage in an attempt to force changes to immigration policy. And they have also pointed out that many of these migrants are coming to the United States because they are fleeing violence and poverty in their home countries - something that the Trump administration has shown little interest in addressing. 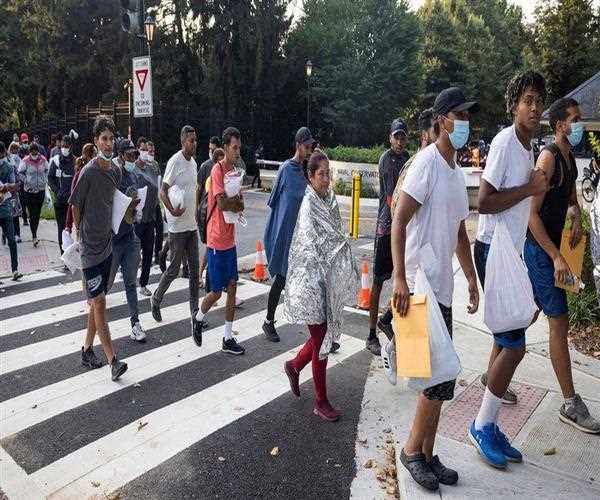 The situation has led to a growing movement of people calling for an end to the Trump administration's immigration policies. This movement has been gaining momentum in recent weeks, and it is likely that it will continue to grow in the weeks and months to come. It remains to be seen whether this policy will be successful in deterring illegal immigration or whether it will simply create more problems for these already-overburdened cities.