What are the beliefs and doctrine of Judaism?

What are the beliefs and doctrine of Judaism?

Judaism is considered one of the world's oldest religions, with a history dating back over 4000 years. It is the religion of the Jewish people, who believe in one God and follow the teachings of the Torah.

The beliefs and doctrines of Judaism are based on the teachings of the Torah, which are the first five books of the Hebrew Bible. These books contain the stories of the creation of the world, the lives of the patriarchs and matriarchs, the Exodus from Egypt, and the giving of the Torah at Mount Sinai. The Torah is the foundation of Jewish law and tradition, and it is studied by Jews all over the world.

In addition to the Torah, Jews also believe in the oral tradition of the rabbis, which contains the interpretations and applications of the Torah's laws. The rabbis have also written a number of other important works, such as the Talmud, which is a collection of their teachings.

The Jewish people have a special relationship with God, and they are His chosen people. This means that Jews have a responsibility to follow His laws and to teach them to others. Jews also believe that they have a mission to repair the world and make it a better place.

Judaism is a way of life as well as a religion. It teaches Jews how to live in harmony with God, other people, and the natural world. Jews follow certain dietary laws, and they also practice certain rituals, such as circumcision and the Passover Seder.

The main beliefs of Judaism are: 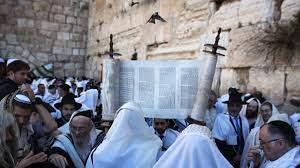