Do you think Indian democracy is in the right way?

Do you think Indian democracy is in the right way?

Indian democracy is the world's largest democracy, with over 1.2 billion citizens. It is a federal parliamentary democracy with a President as the head of state and a Prime Minister as the head of government. India has a bicameral legislature, with the Lok Sabha (House of the People) as the lower house and the Rajya Sabha (Council of States) as the upper house. India's Constitution is the supreme law of the land. It establishes the structure, procedures, powers, and duties of government institutions, as well as fundamental rights, directive principles, and citizens' duties.

The question of whether Indian democracy is in the right way is a complicated one. On the one hand, India is the world's largest democracy, and has been so for over 75 years. On the other hand, there are a number of serious problems with the way democracy is practiced in India. The most obvious problem is the fact that India is a incredibly diverse country, with over 1.2 billion people, and hundreds of different languages and cultures. This diversity is not reflected in the Indian democracy. In fact, the Indian democracy is quite centralized, with the vast majority of power concentrated in the hands of the central government. This centralization of power has led to a number of problems.

First, it has made it very difficult for minority groups to have their voices heard. Second, it has led to a lot of corruption, as politicians and bureaucrats can easily get away with misuse of power and resources. 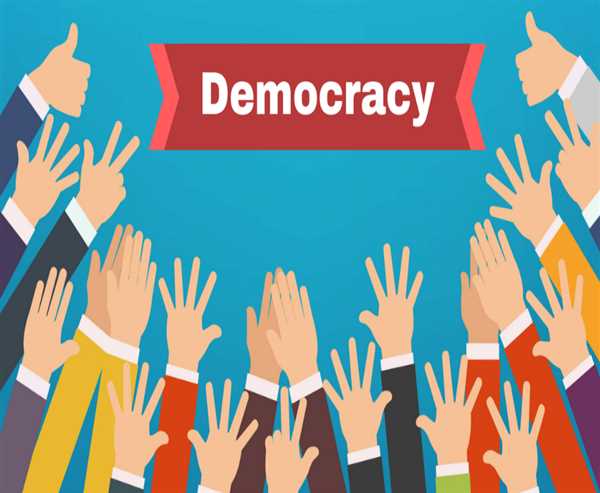 Conclusion
There's no doubt that democracy in India has its flaws. The country is plagued by corruption, poverty, and religious violence. But despite all of this, democracy in India is still a force for good. For one thing, democracy gives a voice to the voiceless. In a country of over 1.3 billion people, there are bound to be many who feel neglected and overlooked by the government. But in a democracy, everyone has a say in how the country is run. Another reason why democracy is important is that it fosters a sense of national unity. In a country as diverse as India, democracy provides a way for people of all backgrounds to come together and work towards a common goal. Finally, democracy is the best safeguard against tyranny. In a dictatorship, a single person has all the power and can do whatever they want. In a democracy, no one person has too much power and the government is accountable to the people.

So, while democracy in India may not be perfect, it is still the best system of government for the country.