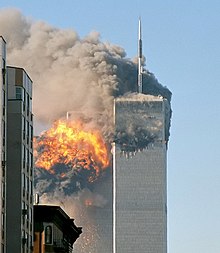 This is one of the most sensitive topics that you can talk about in any nation, does a religious belief create a source of hatred and is the reason for terrorism. We first need to clarify some points that link Islam with terrorism.

Numerous indicators have been gathered by the Burke Chair at CSIS that look beyond the current crises to consider longer-term trends and assist quantify and explain these patterns. They include a variety of charts, tables, and maps that help put the global patterns of terrorism into perspective.

The Patterns That Link Islam With Terrorism.

1) States with a majority of Muslims are where the vast bulk of violent extremist occurrences take place.

2) The majority of these crimes are committed by a tiny number of Muslims who are primarily interested in gaining control over Muslims in their own communities.

3) Almost all of the governments of the engaged nations are actively battling extremism and terrorism, and the majority are allies of Western nations that collaborate closely with the security, armed forces, and counterterrorism units of non-Muslim nations in this effort.

4)The majority of Muslims reject terrorism and violent extremism, and,

5) Religion is just one of the factors that contribute to instability and violence in countries that are largely Muslim.

The vast majority of Muslims oppose violent extremism and terrorism. Although it plays a significant ideological role in determining the current trends in extremism, it does not reflect the fundamental principles of Islam, and many other, much more tangible elements also contribute to the emergence of extremism.

To demonstrate these trends and how the global patterns of terrorism and violence intersect with Islam, the analysis draws on a wide range of sources. It cannot make up for the fact that many important areas lack trustworthy and consistent data, or that many important elements do not lend themselves to summary quantification and trend analysis.

Additionally, it is hard to point out all of the limitations in the accuracy and dependability of the data that is currently available or to conduct an in-depth analysis of the particular trends in Islam and extremism in the context of a comprehensive overview of worldwide trends.