Which temple in Lumbini, Nepal - is the birth place of Gautam Buddha?

Which temple in Lumbini, Nepal - is the birth place of Gautam Buddha? 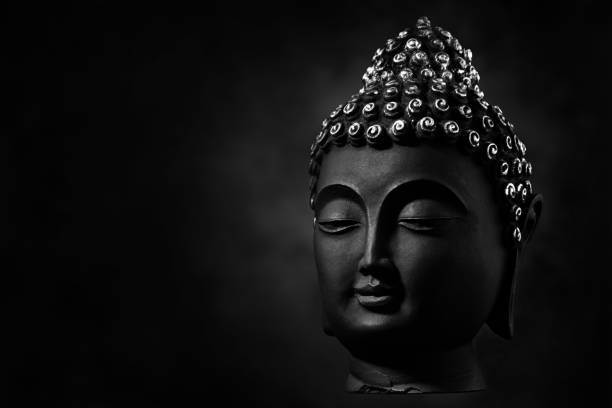 According to Buddhist tradition, Siddhartha Gautama, commonly known as Buddha, was born in Lumbini. This location is quite close to the Indian border and is in the Terai region of southern Nepal. People from all walks of life are always mesmerized by the beauty of this place, regardless of their beliefs. Because to the Gautam Buddha Airport at Bhairahawa, it is simple to go to Lumbini. In addition to the airports, Lumbini is currently undergoing ongoing hotel construction to highlight the city's beauty and distinctiveness.

The undiscovered gem of South Asia is Nepal. The public is still unaware of many of the nation's undiscovered gems. Nepal is one of every traveler's dream destination because of places like Mount Everest, Durbar Square, and Nagarkot. The great Buddha is one of the most revered spiritual leaders in the world. Buddhist monks and his followers generally abide by his teachings. However, Lumbini, a location, is Nepal's direct connection to Buddha and Buddhism. This stunning location is recognized by UNESCO as a World Heritage Site. Numerous travelers from all over the world are drawn to the peace and lush surroundings. Therefore, have a seat and learn about Lumbini's history and significance.
Many Buddhist accounts claim that Maya, the mother of the Buddha, was making her way from Kapilavastu to her parents' house. However, she unexpectedly gave birth in Lumbini. Maya is said to have given birth while seated between identical Sala trees, without experiencing any pain. The fact that the infant could speak as soon as it was born was the most astounding aspect of this notion. A lotus blossom appeared with each of the baby's seven steps as he made his way to the four cardinal points after declaring that this was his final rebirth. Maya and her child were both bathed by the gods. This sparked a religious ritual in which followers bathe the infant Buddha to commemorate his birth. Numerous Buddhist scriptures state that Maya passed away seven days after giving birth to the Buddha. Mahaprajapati eventually assumed the position of Siddhartha's foster mother. Buddha later renounced his opulent lifestyle after witnessing the anguish and suffering endured by the underprivileged. Buddha eventually attained enlightenment. One of the world's most popular religions now is Buddhism.

Around 248 BCE, Ashoka paid a visit to Lumbini and had a pillar built there commemorating the birth of Buddha. Later, he constructed a wall to surround the village and four stupas to designate the location.

Around 403 CE, a Chinese pilgrim by the name of Faxian paid another visit. Faxian was interested by Lumbini's past and present, and he wrote about both in his book 'A record of the Buddhistic Kingdom.' After two hundred years had passed, another Chinese pilgrim by the name of Xuanzang paid a visit to Lumbini. He noticed that lightning had struck the pillars, and that the site's popularity had progressively declined. After a long period of time, the region was destroyed by the Muslim rulers who had control of it, and it later came under the rule of Hindu kings.
The eventual destruction of Lumbini was greatly impacted by the change in political power based on religion. Some Ashoka-built structures had been discovered by Alois.
A temple featured a picture of Buddha's life in it. The birthplace of Lord Buddha is also covered by the temple. 1996 CE was the year when this location was found.
Also read :  Where is the world's largest temple?
Add comment
answered 19-Jul-2022 by Sandra Emily

Siddhartha Gautama, the Lord Buddha, was born in 623 B.C. in the famous gardens of Lumbini, which became a place of pilgrimage. Among the other pilgrims was the Indian emperor Ashoka, who erected one of his commemorative pillars there in India. The site is now being created as a Buddhist pilgrimage center, where the archaeological remains related to the birth of the Lord Buddha form a central feature.

In several ways, the story of Buddhism all begins in Lumbini, under a full moon night more than 2600 years ago. It was on that night that Queen Mayadevi is said to have stopped here during her journey to give birth to her son, Prince Siddhartha, who would discover enlightenment and become Buddha 35 years later.

For visitors, Lumbini is an incredibly spiritual place and the tranquillity of the site is felt the strongest in the Sacred Garden that surrounds the central Mayadevi Temple. A large water feature, said to be the same pond where Prince Siddhartha was given his purification bath, reflects the trees of the garden. Prayer flags hang from the branches and gently sway in the breeze as worshippers sit below in deep meditation. For pilgrims who have made the long journey to get here, this is the moment they have been traveling towards.

However, there is much more to Lumbini than just the central temple and garden. The site spreads out over a large area, where you’ll find more than 30 monasteries open to the public, meditation centers, peaceful natural areas, and landscaped parks.