Which nation's warship 'Bayern' arrived in Mumbai on January 21st in a rare port call?

In a rare port call, the German Navy Frigate Bayern F217 landed in Mumbai, India. German Ambassador to India Walter J Lindner and Maharashtra's Minister for Tourism, Protocol, Environment Aditya Thackeray welcomed the German warship in the Mumbai port. The last instance a German ship arrived in India was over 9 years ago, in 2012 when the German Fregatte 'Bremen' landed. 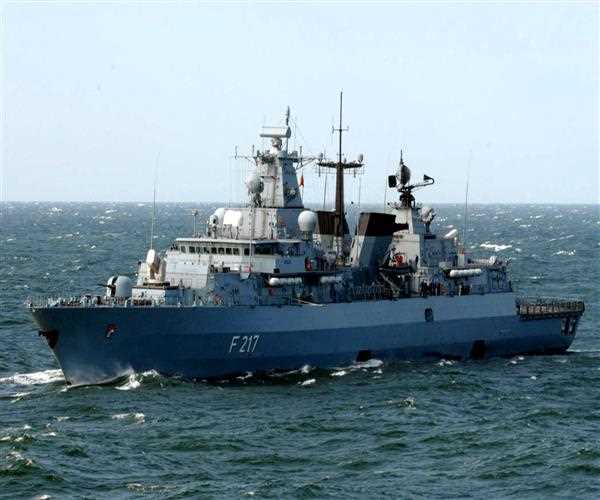 Bayern and the three other frigate of the Brandenburg class were built to replace the Hamburg-class destroyers. She was constructed at Nordseewerke in Emden in 1993 and delivered in June 1994. Karin Stoiber, the wife of Bavarian Minister-President Edmund Stoiber at the time, baptized her. She was commissioned on June 15, 1996, after conducting testing and assigned to the 6. Bayern was assigned to the 2. Fregattengeschwader, stationed in Wilhelmshaven, once the naval system was restructured.
Add comment
answered 07-Feb-2022 by Anonymous User