Which was the summer capital of the British Government before it was moved to Shimla?

Which was the summer capital of the British Government before it was moved to Shimla?

Traveling to Simla from the capital city of Calcutta would have been an arduous procedure involving rail and wagon travel. In 1864, Sir John Lawrence named Simla to be the summer capital of the British Empire. The capital is encompassed within a 3-mile radius of the famed Christ Church in Simla Bazaar. 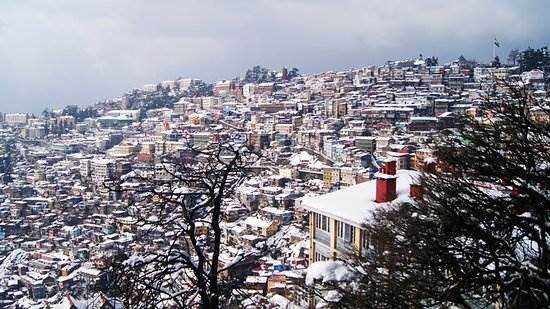 Before 1815, when British soldiers assumed control of the region, small hamlets were reported. The British were drawn to the thick woods of the Himalayas because of the climatic conditions. Shimla, as the summer capital, held several major political gatherings, including the Simla Accord in 1914 and the Simla Conference in 1945. Himachal Pradesh was formed in 1948 as a consequence of the union of 28 princely republics after independence. Even after independence, the city remained a vital political hub, holding the 1972 Simla Agreement. The current Mahasu district was renamed Shimla following the formation of the state of Himachal Pradesh.
Add comment
answered 05-Feb-2022 by Anonymous User