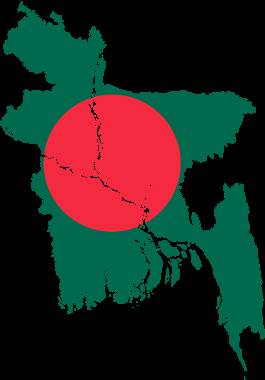 Bangladesh, formally known as the People's Republic of Bangladesh, is a South Asian country. It is the world's eighth-most populous nation, with a population of more than 163 million people living in an area of either 148,460 or 147,570 square kilometers, making it one of the world's most densely inhabited countries. Bangladesh is bounded on the west, north, and east by India, on the southeast by Myanmar, and on the south by the Bay of Bengal. It is divided from Nepal and Bhutan by the Siliguri Corridor, and China by 100 kilometers in the north of the Indian state of Sikkim. Dhaka, the capital and most populous city, serves as the country's economic, political, and social center. The second-biggest city is Chittagong, the major seaport.
Add comment
answered 05-Feb-2022 by Anonymous User