In Assam, the first day of Magh Bihu, signifying the end of the harvesting season as well the Pausha month is known as

In Assam, the first day of Magh Bihu, signifying the end of the harvesting season as well the Pausha month is known as

Magh Bihu, also known as Maghar Domahi, is a harvest festival observed in Assam, North-East India, marking the conclusion of the harvesting season in the month of Magh. For the ceremonial end and prayer to the God of Fire, a bonfire is lighted. The Tibeto-Burman and Indo-Aryan cultures co-created the event, which is known as the Magan of Kachari. 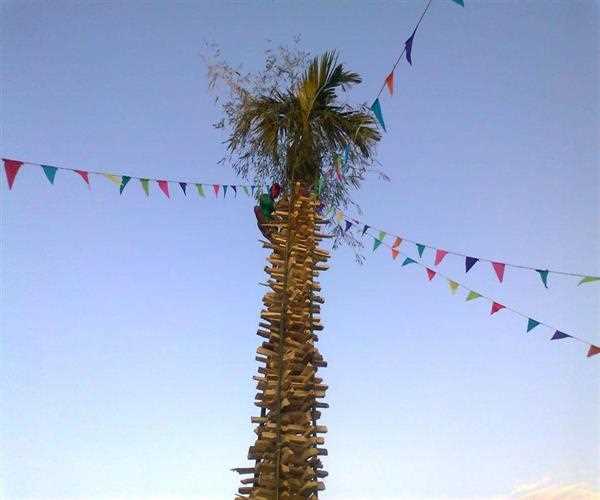 Feasts and bonfires are held to commemorate the holiday. Young people build makeshift homes called Meji and Bhelaghar out of bamboo, leaves, and thatch, and in Bhelaghar they consume the food prepared for the feast before burning the huts the next morning. Traditional Assamese activities such as tekeli bhonga and buffalo fighting are also part of the festivities. Magh Bihu celebrations begin on the final day of the preceding month, the month of 'Pooh,' generally on the 29th of Pooh, which is 14 January in contemporary times and is the single day of Magh Bihu. The night prior is 'Uruka,' a celebration in which people gather around a campfire, prepare supper, and have fun.
During Magh Bihu, the people of Assam prepare rice cakes known by many names such as Sunga Pitha, Til Pitha, and others, as well as some coconut desserts known as Laru.
Add comment
answered 05-Feb-2022 by Anonymous User