Who has won the Best FIFA Men's Player for 2021, beating Lionel Messi and Mohamed Salah- other nominees?

Who has won the Best FIFA Men's Player for 2021, beating Lionel Messi and Mohamed Salah- other nominees?

Robert Lewandowski has been crowned the Best FIFA Men's Player for 2021, which means the 33-year-old forward has successfully defended his title from the previous year. Lewandowski finished ahead of Lionel Messi of PSG and Mohamed Salah of Liverpool. 'I am incredibly honored, pleased, and thrilled.'

Robert Lewandowski is a Polish expert football player who is the leader of the Poland national team and competes as a striker for Bundesliga club Bayern Munich. Lewandowski is regarded as one of the finest strikers of all time, and is also one of the most prominent players in Bundesliga history, thanks to his positioning, skill, and finishing. Throughout his senior career, he has scored over 500 goals for the national side. 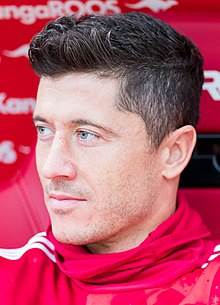 He began his football career as an untrained player for the club team, Partyzant Leszno. He joined MKS Varsovia Warsaw in 1997, after playing for seven years as a teenager. The next year, he transferred to Delta Warsaw, where he eventually made it into the first squad, scoring four goals towards the conclusion of the season. Lewandowski scored 15 goals in the Polish third division in 2006–07, assisting Znicz Pruszków to achieve promotion. With 21 goals the next season, he was the leading scorer in Poland's second-highest level.
Add comment
answered 04-Feb-2022 by Anonymous User