Who is the author of the book titled ‘The Midway Battle: Modi’s Roller-coaster Second Term’?

Who is the author of the book titled ‘The Midway Battle: Modi’s Roller-coaster Second Term’?

The author of 'The Midway Battle: Modi's Roller-coaster Second Term' is Gautam Chintamani. 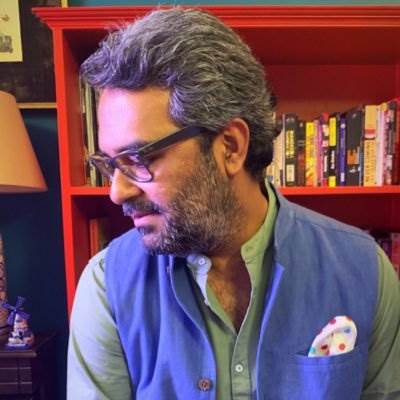 Gautam Chintamani is a cinema historian and the bestselling author of Dark Star: The Loneliness of Being Rajesh Khanna, Qayamat Se Qayamat Tak: The Film That Resurrected Hindi Cinema, and Pink: The Inside Story. The late Telugu poet Arudra is his maternal grandpa, while the liberal thinker is his paternal great-grandfather, and he comes from a literary family on both sides. Gautam's work has appeared in a variety of publications, including India Today, Outlook, The Indian Express, The Indian Quarterly, The Pioneer, The Tribune, The Asian Age, The Times of India, Deccan Chronicle, Scroll, First Post, and Daily O. He also wrote weekly film-related essays for The Hindustan Times Brunch and Dawn, Pakistan's most widely circulated English daily.
Add comment
answered 03-Feb-2022 by Anonymous User