Why is Nawaz Sarif called fugitive PM in Pakistan?

Why is Nawaz Sarif called fugitive PM in Pakistan? 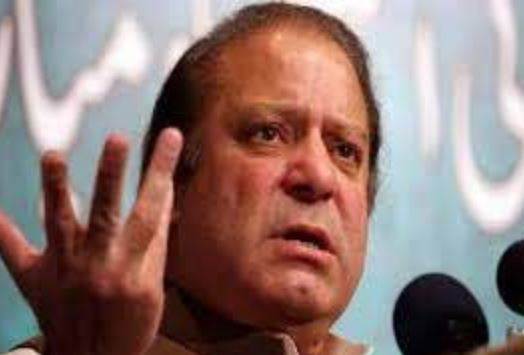 The Pakistan government declared former Prime Minister Nawaz Sharif a 'fugitive' on August 2020. The British government has been approached to extradite Sharif. He is currently in London for treatment. Sharif was sentenced to imprisonment by an accountability court in a corruption case. Sharif informed a Lahore court last week that he was unable to return to the country as his doctors told him not to go there due to the coronavirus epidemic.

Shahzad Akbar, the Pakistani Prime Minister's advisor on accountability and internal affairs, said Sharif (70 )'s four-week bail period expired in December last year on medical grounds. "The government is treating him (Sharif) as a fugitive and a request has been sent to the British government for his extradition," Akbar was quoted as saying by Akbar. Sharif has been Prime Minister of Pakistan three times.
Sharif, through his lawyer, submitted his medical report to the Lahore High Court. He said that doctors have advised him not to go out due to the epidemic. Akbar said that the government will ask the National Accountability Bureau to carry forward the process of extradition of Sharif and is also looking into the legal validity of the guarantee of Shahbaz Sharif, who is going to bring his elder brother with him to Pakistan after treatment.
Sharif is in London for treatment. He went there after finding out the problem in the body's immune system. He visited the UK in November last year. The Lahore High Court allowed him to go abroad for treatment for four weeks. Akbar alleged that the former prime minister had submitted a fake test report of the laboratory.
Add comment
answered 17-Sep-2020 by Anonymous User