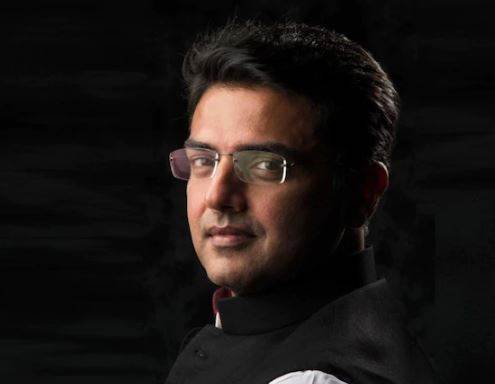 Sachin Pilot was born on 7 September 1977 in Saharanpur, Uttar Pradesh, to the late Congress leaders Rajesh Pilot and Rama Pilot. Rajesh Pilot was the Union Minister of India. Sachin Pilot did not want to enter politics initially but after the death of his father, he entered politics. In 2003, he was launched by party as the successor of his mother Rama Pilot.

When Sachin Pilot was 26 years old, he was elected from the Dausa Lok Sabha constituency of Rajasthan, and in the Lok Sabha elections in 2004, became the youngest MP in India. In the same year, Sachin Pilot became the youngest member of the Standing Committee on Home Affairs, then in 2006, he became a member of the Advisory Committee in the Ministry of Civil Aviation.
After this, in the 2009 Lok Sabha elections, Sachin Pilot defeated Kiran Maheshwari of BJP by a huge margin. In the same year he was made the Minister of State for Communications and IT, then in 2012, he became the Minister of State for Union Corporate Affairs.
However, in the 2014 Lok Sabha elections, Sachin Pilot had to face defeat. Meanwhile, the Gehlot government of Rajasthan had to face a crushing defeat in the 2014 Vidhan Sabha. After this, the Congress high command gave the responsibility of the state president to the Sachin Pilot. It is said that during this time Sachin Pilot did a lot of work at the ground level and on his own, Congress returned to Rajasthan in the 2019 assembly elections.
Add comment
answered 14-Aug-2020 by Anonymous User