Learn how Sikkim became a part of India?
Location:Sikkim is a very small hill state in the eastern Himalayas, which is situated between Tibet,Nepal,Bhutan and the Indian state of West Bengal .
Capital:Gangtok
Area: 7,096 sq km
Principal languages: Lepcham,Bhutia 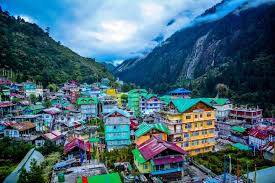 Sikkim is the second least populous 22nd state in India which is a part of the Himalayan interior mountain range.It is situated in the northeastern part of the country,from the south it's surrounded by West Bengal ,from Bhutan in the southeast, Nepal in the west and the northeastern part of the Tibet Autonomous Region of China. it's a favourite place of tourists because it's beautiful mountains,deep valleys and biodiversity.Gangtok is the largest city and capital of Sikkim. Gangtok is situated at an altitude of 5500 feet on the hills of Shivalik. Kanchenjunga,the world's third largest mountain,can also be seen from Gangtok. 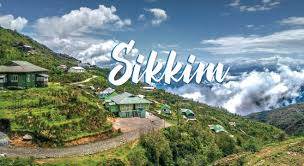 Do you know that Sikkim became a part of India in 1975, but how,whose rule was here first, let us study through this article.
Who previously ruled Sikkim:History
If seen, Sikkim has a political past in which many important events have occurred which are related to tribal rulers, British power and this state joining India.Till the Lepchas (17th century) didn't earn power in Sikkim, the kingdom was ruled by Mon,Nowong and Chang.The most prominent kingdom here was that of Chogyal.
In the 1890s, Sikkim became a 'Protectorate State' under British India. 'Protectorate State' means the safety of Sikkim has now passed into the hands of British. In return,the British also got the right to tax some part.
This was a part of the British policy in which the buffer states (small countries set up in between to protect the 2 big states from conflict) were established between China and British India,which included Nepal, Bhutan and Sikkim.
Sikkim had autonomy even before India's independence from Britain.Sikkim had a monarchy and was ruled by King Chogyal. When India became independent in 1947, a treaty of Sikkim was signed with India, under which the defense,communication and foreign affairs of Sikkim were decided to be looked after by India and the independence of Sikkim was retained.That is,the protection of Sikkim came into India's hands after 1947, in which India had to meet the needs of defense, diplomacy and communication of Sikkim. In 1953, a State Council was formed to help Chogyal rule, which continued to function till 1973. Let me tell you here that the people of the State Council used to elect themselves, that is, it was a democratic process.
State of Sikkim merged in India 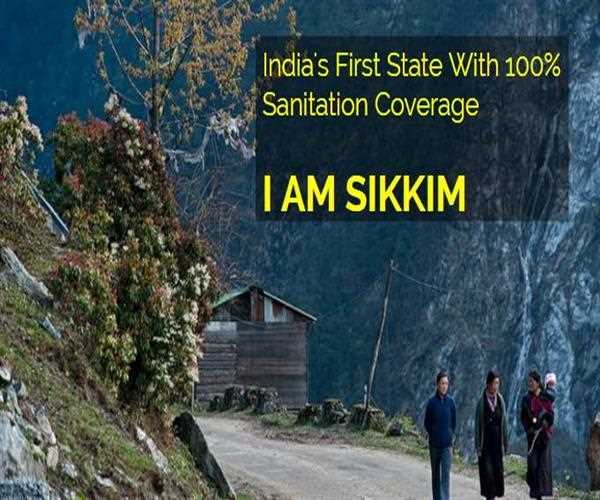 The treaty signed between India and Sikkim preserved the status of Sikkim with Chogyal as king. Tashi Namgyal died in 1963 and his son Palden Thondup Namgyal succeeded him. The political upheaval continued in the state till the early 1970s, due to which the people of the state started demanding the removal of the monarchy and the establishment of a democratic system. Finally in 1973 a widespread movement against the Sikkim court started and thus there was a complete collapse of the administration there. let's see how the collapse happened?
The Government of India tried to bring equality in the state by appointing Chief Administrator Shri BS Das. Further events and elections led to Sikkim changing from a patron to an ally state. On 4 September 1947, the leader of the Sikkim Congress, Qazi Landup Dorji, was elected as the Chief Minister of the state. However, Chogyal still remained as the constitutional head of the king. Mr. B.BLal was the first governor of Sikkim. The events leading to a confrontation between Chogyal and the government caused Sikkim to become the full 22nd state of the Indian Union on 16 May 1975. The Chogyal Institute was later abolished.
Let me tell you here that in order to change the situation of Sikkim in 1975, Qazi Lhendup Dorji recommended the inclusion of Sikkim in India. 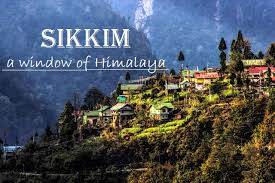 The Constitution Amendment Bill was introduced in the Lok Sabha on 23 April 1975 to make Sikkim the 22nd state of India, which was passed by a vote of 299-11. The bill was passed in the Rajya Sabha on 26 April and on 15 May 1975, President Fakhruddin Ali Ahmed signed the bill. Thus, on 16 May 1975, Sikkim was formally made the 22nd state of the Republic of India. With Sikkim becoming a part of India, the rule of the Namgyal dynasty ended forever and Chigyal died of cancer in 1982. Lhendup Dorji became the Chief Minister of the place.
Also tell you that Sikkim was made a part of India as a co-state with the 35th constitution amendment and Sikkim was given full state status by the 36th constitution.
After all, what is the dispute between India and China about the state of Sikkim?
Do you know that there is a 3700 square kilometer long border line between India and China. In 1962, the 2 countries have also fought a war over the border dispute. But even today, tensions continue in both countries regarding the border. This border dispute is connected to the matching point of the Indo-Bhutan and China border. Sikkim has a Doklam plateau bordering the Indian border, where China's road is to be built. Some part of this Doklam border also falls in Bhutan.
So now you must have known how Sikkim became a part of India.
About Tourism in Sikkim
Small but picturesque with lush greenery, beautiful mountains and breathtaking range of biodiversity, Sikkim is definitely a paradise for tourists. The peace and tranquility of Mother Nature has been restored at this place. Man-made temples and temples, museums, national parks have relaxed to attract tourists from all over the world. Being covered through the Himalayan ranges, travelers can visit many places in the state, including Singhik to Kanchenjunga at its nearest, Chungthang with exciting river rafting and historical significance, to see the rural beauty from the snow in Kabi Langchuk, Yumthung Can see to experience covered valleys.
Add comment
answered 06-Sep-2020 by Palak Anjum 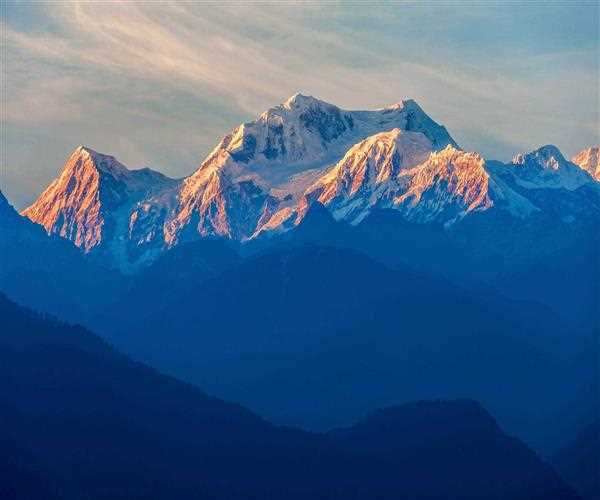 Sikkim was and independent kingdom up until 1975, when it joined India. During the months of March and May, one must visit this place.

The land of Buddhism hosts the biggest monastery in India at Rumtek, near Gangtok. You can visit Nathula Pass and Changu lake, near Gangtok. 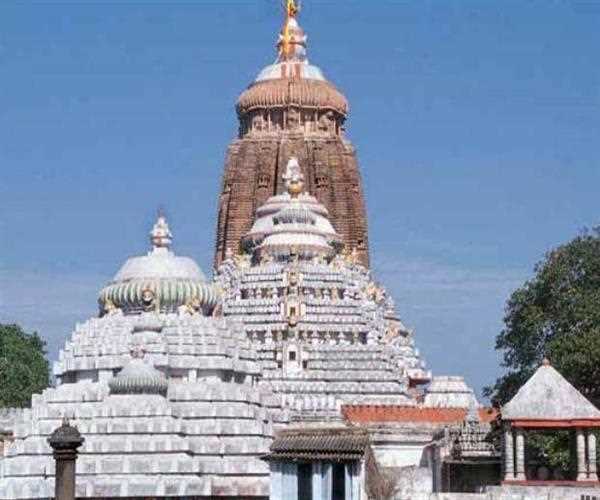 Odisha : This Culturally rich Indian state attaracts tourists with places like Chilika Lake and many religious sites, beaches of Puri.