Startups are young enterprises established by one or more entrepreneurs. They aim towards bringing an innovative product or service to the market. They have high potential for creation of wealth and employment hence they help the economy to safeguard against economic recession.
Earlier the youth were job seekers but the startup india initiative have transformed these job seekers into job creators. They alone or in partnership with other entrepreneurs start a small company which in turn gives jobs to others, thus creating employment and aiding the economic growth through increased employment. Moreover such startups work on whitespace opportunities thus bringing in innovation and product improvements. Whitespace opportunity is a business process in which unmet needs of the customers are discovered, which in turn helps in innovation and improvisation of products and services. Such innovations bring remarkable acceleration to the economic growth of the country.
Especially in terms of India which is essentially a rural economy requires a lot of innovation in the rural and agriculture sector which will bring prosperity, development and job opportunities to rural areas thus less and less population will have to migrate to the cities for jobs, education and medication.
Therefore startups bring in alot of new ideas to improve people's lifestyle. Startups are making youth think towards becoming entrepreneurs rather than just looking for jobs. The government schemes are helping people come up with innovative solutions in various fields like problems of waste management, rural education, medication, global presence on the economic front. Thus a strong ecosystem is being developed by the government through various schemes to aid small startups. This will lead India towards independent and sustainable economic growth.
Add comment
answered 05-Feb-2021 by anupama singh 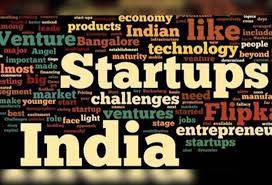 Start-ups boost the economic growth, create employment and foster a culture of innovation. In order to promote innovative and entrepreneurship among enterprising youth, the Prime Minister of India had announced the "Start-up India, Standup India" initiative aims ti create an ecosystem that is conductive for the growth of Startups. A plan comprising 19 action points was unveiled on January 16, 2016.

16,578 new start-ups were recognised across 499 districts, 47 per cent Start-ups from Tier II and III cities and 46 percent of recognised Start-ups have atleast one woman director by March 1, 2019.

After Maharashtra, Karnataka and Delhi are among the top ten performers in terms of State wise distribution of recognised Start-ups in India.