In which cases the constitution allows any exception to the rule of equality?

In which cases the constitution allows any exception to the rule of equality?

Article 14 depicts the Equality before Law in the Indian Constitution. It states that 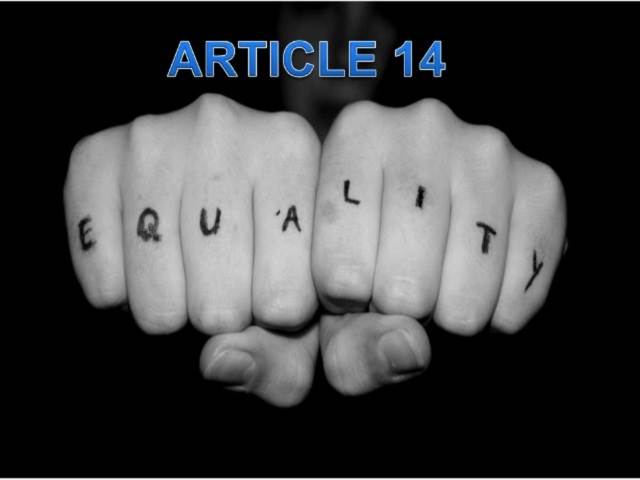 Since it is a constitutional law, it is justified for every Indian. However, it is still not the same for all the citizens of the country and possesses special accordance in the Constitution for them. It clearly mentions that the principle of ‘equality’ doesn’t mean ‘uniformity’ for all the citizens. There could be different rules for the same law, pertaining to the situation. Thus, it indicates that all people under similar circumstances shall be treated equally under Article 14. The rule may vary depending upon the situation.

Hence, there are some exclusions for the law too.

1. No criminal proceedings whatsoever shall be instituted or continued against the President, or the Governor of a State, in any court during his term of office. To confront these people, their service should first be canceled and then any proceedings should be done against them.
2. The equal protection of the law guaranteed by article 14 does not mean that all laws must be general in character. There is no universal application of the law mentioned in the Constitution.
3. The diverse needs of different classes of persons require separate treatment. From the very nature of society, there should be different places and the legislature controls.
4. The best interest of the safety and security of the state should be kept in mind before any proceeding to whomsoever it may concern.
5. There are separate provisions for women, children, SC, ST, and the disabled under the same law. Meaning, if any of them commits a heinous crime, or surpasses any law then the penalty will be there but separate from the others.

Hence, this form of justice is not discriminatory but justifiable.