When was the first nuclear weapon tested in the world ?

When was the first nuclear weapon tested in the world? 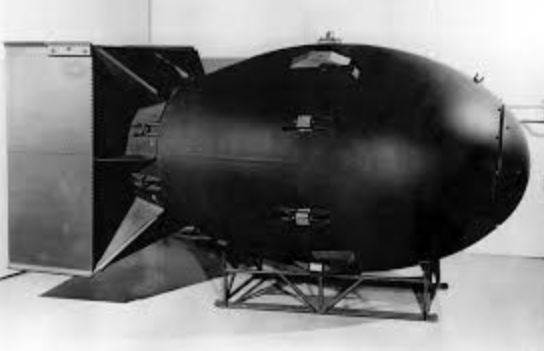 A nuclear weapon or nuclear bomb is an explosive device whose base of destructive power is nuclear reaction. It can be made with nuclear fission or nuclear fission or by combining both these types of nuclear reactions. Both types of reaction result in huge amount of energy from very few materials. Today's nuclear weapon, slightly larger than one thousand kilos, can generate as much energy as it can generate from conventional explosives of several billion kilos. Nuclear weapons are called weapons of mass destruction.

The most powerful explosive used in World War II was the name 'Blockbuster'. 11 tons of the most widely known explosive trinitrotoluene (TNT) was used in its construction. The first atomic bomb, which was 2000 times more powerful than this explosive, was detonated by T.N. T. was equivalent to an explosion of 22,000 tons. Now more powerful atomic bombs have been made than the first atomic bomb.
Hydrogen bombs are a variety of nuclear bombs. A hydrogen bomb or H-bomb is a more powerful atomic bomb. It requires the isotropic du terium and tritarium of hydrogen. The bomb explodes with the fuse of atoms. For this fusion, the temperature is very high, about 500,00,000 ° C. Is required. This temperature is much higher than the temperature of the sun's hottest part. Such high temperature can be achieved only by atomic bombs. America, England, Russia, China and India tested hydrogen bombs. North Korea is also believed to have made such a dangerous bomb.
Hydrogen atoms fuse only when the atomic bomb generates the required heat. This fusion produces heat and powerful rays that convert hydrogen into helium. In 1922 AD, it was first discovered that the explosion of hydrogen atom can generate a lot of energy.
Heavy hydrogen called deuterium was invented in 1932 and heavy hydrogen called tritarium (trisium) was invented in 1934. In 1950, the President of the United States of America, True Man, ordered the preparation of a hydrogen bomb. For this, a large factory was established in 1951 in South Carolina. In 1953 AD, President Eisenhuber announced that a hydrogen bomb equivalent to millions of tons of TNT had been prepared. In 1955 AD, the Soviet Union tested hydrogen bombs. China and France have also exploded hydrogen bombs.
Add comment
answered 05-Sep-2020 by Adriana Michele