How do I make a pizza at home?

How do I make a pizza at home?
asked by Anonymous User in food & cooking
Answer Add comment
Comment
0
Do zomato for pizza. - Mukul Goenka 17-Aug-2022

Hare are few simple steps to make pizza easily at your home.

Step 2: Ready the materials and ingredients you will need for the pizza making.

The recipe given here has many UniQ steps that I will make at home.

Thanks for sharing useful information.

The page given here is proper and very useful and I will make pizza at home.

STEP 1: Preheat the convection microwave oven to 350 degrees
STEP 2: Then Spread out the dough!
Step 3: You have to pinch the edges inwards and then press down on the outside edges of your pizza.
STEP 4: Spread the sauce thoroughly on the dough.
Step 5: Then simply sprinkle the cheese on top of the sauce until it's fully covered.
Step 6: Spread out the bacon & pineapple across the dough. (you can use any other ingredients if you want.)
Step 7: Put your pizza on a pan and put it in your oven
Step 9: Cut the pizza evenly into 8 separate slices.
Step 10: ENJOY

Add comment
answered 20-May-2020 by Nishant Rajput
Comment
1
The stoppage given here is proper and very useful and I will make pizza at home <a href="https://www.iamdeepa.co.in/best-microwave-oven-india/">best microwave oven india</a> - Deepa Appliances 31-Jul-2021

Several years back, I had thought about creating my own pizza, and sure enough, I managed to churn an idea out that I think could definitely be something worth trying. If you like pizza and you like spaghetti, why not have a Spezza? 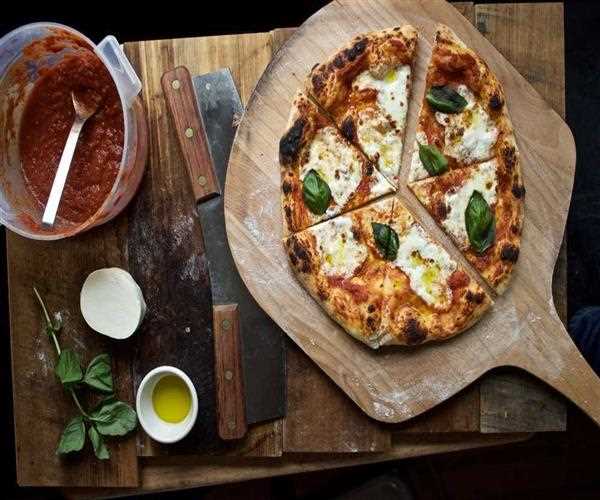 Anyways, all that is required for this Spezza is to do some basic planning, such as: finding a thick crust that will be your pizza; buy a pack of spaghetti; buy some sauce; vegetables and tofu along with some cheese toppings.
First, get a pot of boiling water. Throw a pack of spaghetti in there once the water reaches boiling temperature. Cook the spaghetti-like you would with any other spaghetti. After you are done, take the spaghetti out of the pot and cool in down in cold water.
Next, you want to dump the spaghetti onto a thick crust or layer of dough. Add the vegetables and other ingredients before adding the sauce, and mix the vegetables with the spaghetti. (The sauce and vegetables can also be thrown in with the spaghetti after cooling the spaghetti if you find that easier.) The cheese should always go on last, as the melting cheese will keep everything else from falling out of the pizza. Plus, it looks more aesthetically pleasing that way.
Once you have added your spaghetti on a thick crust (it is equally important that the crust or pizza dough be thick for obvious reasons) and have assembled the ingredients, sauce and cheese, you want to turn the oven to 375 degrees Fahrenheit and let it cook for around 15 minutes.
After having allowed the cheese to melt all over your crust/dough and be turned into a soft pizza crust, you want to let it sit for a minute or two to let it simmer before taking it out of the oven.
Finally, you place the baked spaghetti and pizza and place it on the stove and cut away. If you find that the spaghetti is making it hard to cut your pizza into proper slices, you can always snap your spaghetti in half, prior to boiling it.
And voila! You now have a Spezza and it was probably done for a cheaper price than getting a regular old-fashioned pizza at your local pizzeria.
"Cheers"
Add comment
answered 25-May-2018 by Anonymous User