What do you know about the historical life of Sonia Gandhi?

What do you know about the historical life of Sonia Gandhi? 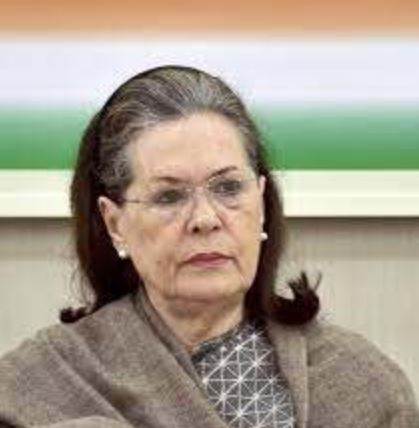 The original name of Sonia Gandhi is Edvige Antonia Albina Maino. She was born on 9 December 1946, in Louisiana, Italy. She is the current chairperson of the Indian National Congress and was formerly the chairperson of the United Progressive Alliance ruling at the center. She is a prominent Indian politician. She was married to former Prime Minister of India, Late Rajiv Gandhi.

After the assassination of Rajiv Gandhi in 1991, Sonia Gandhi was invited by the then Congress leaders, but she openly refused the party's proposal and had to stay away from politics only but from any other political stir. She finally decided to join politics in the year 1997.
Sonia Gandhi is the wife of the late Shri Rajiv Gandhi. Rajiv Gandhi was the eldest son of Indira Gandhi. Sonia Gandhi has two children (Priyanka Vadra and Rahul Gandhi). Despite being related to the important Nehru family, Rajiv and Sonia were reluctant to give their participation in politics. Rajiv Gandhi also worked as an airline pilot at one time, taking care of the facilities of Sonia Gandhi and her family.
When Indira Gandhi was relieved of her post during the Emergency in 1977, Rajiv Gandhi went abroad with his family for a few days. When Rajiv Gandhi entered politics in the year 1982 after the death of his brother Sanjay Gandhi, Sonia Gandhi became completely absorbed in the care of her family and completely distanced herself from politics.
In the year 1964, Sonia Gandhi left for the education of English from the language school of Bell Educational Trust in Cambridge. After the demise of Rajiv Gandhi, a large number of Congress supporters saw her as a compelling personality to guide and the party to electoral victory and made an appeal to her. In 1997, she agreed to join politics and in 1998 was nominated as Congress leader. Since that time, she has served as the President of the Indian National Congress.
She was appointed as the President of the United Progressive Alliance in the Lok Sabha since 2004. Since being elected as the President of the Indian National Congress for the fourth time in September 2010, he holds the record for being the longest-serving President of any party in Indian history.
Sonia Gandhi was included in the list of three most influential women in the world by Forbes magazine in 2004. Similarly, in the year 2007,she was ranked sixth on this list. In the year 2010, Sonia Gandhi was ranked as the 9th most influential personality by Forbes magazine. Also, in the years 2007 and 2008, she was ranked in the list of 100 most powerful people in the world by Time magazine
READ HERE MORE : What is RRS? And what do you know about the RRS ideology?