What is RRS? And what do you know about the RRS ideology?

Please log in or register for appropriate action.
0 votes
530 views
asked 17-Sep-2020 in An Organization by Shrikant Mishra

What is RRS? And what do you know about the RRS ideology? 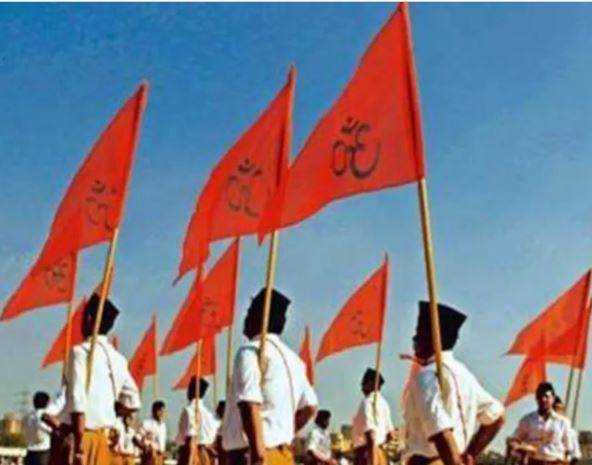 Rashtriya Swayamsevak Sangh, the world's largest voluntary organization, was founded by Keshav Balaram Hedgewar. The RSS was founded on Vijayadashami on 27 September 1925 with the goal of making India a Hindu nation. This year, on the day of Vijayadashami, the Sangh will complete its 93 years and in 2025 this organization will become 100 years old. The Sangh formed from the Akharas of Nagpur has taken a huge form in the present times.

Hedgewar, the first Sarsanghchalak of the Sangh, planned to form the Sangh in a seminar with 17 people at his home. In this meeting, Viswanath Kelkar, Bhauji Kavre, Anna Sahne, Balaji Huddar, Bapurao Piercing etc. were present along with Hedgewar.
What will be the name of the Sangh, what will be the activities? Everything was gradually decided over time. At that time the idea was to organize Hindus only. Even the RSS was christened 'Rashtriya Swayamsevak Sangh' on 17 April 1926. On this day, Hedgewar was unanimously elected as the Sangh chief, but Sarsanghchalak was created in November 1929.
Rashtriya Swayamsevak Sangh was a brainstorm before this name came into existence. Rashtriya Swayamsevak Sangh, Zaripatka Mandal and Bharatodvarak Mandal, these three names were considered. Out of the 26 members present in the meeting for the name consideration, 20 members voted for the Rashtriya Swayamsevak Sangh, after which the RSS came into existence.
For the past several decades, with the prayer 'Namaste Sada Vatsale Matrubhoome', the branches of the Sangh are being held in every corner of the country. Hedgewar carried on the Sangh work through gymnasiums or akharas. It was in his imagination to be a healthy and well-organized volunteer.
The RSS claims that it has more than one crore trained members. There are more than 80 communal or ancillary organizations in the Sangh Parivar. The association is active in about 40 countries of the world. At present, there are 56 thousand 569 daily branches of the Sangh. There are also 13 thousand 847 weekly congregations and 9 thousand monthly branches. Members are not registered in the union. In such a situation, it is estimated that currently more than 50 lakh volunteers regularly visit the branches. Branch is being set up in every tehsil and about 55 thousand villages of the country.
The Sangh made many achievements in its long journey, while it was banned three times. The assassination of the Father of the Nation, Mahatma Gandhi, was seen as being linked to the Sangh, the second Sarsanghchalak of the Sangh, Guru Golwalkar, was arrested. But the ban was lifted from the union after 18 months. During the Emergency, the Sangh was banned from 1975 to 1977. The third time was for six months in December 1992, when the Babri Masjid was demolished in Ayodhya on 6 December.