Election commission of India was created under article 324 of the constitution of India.

Please log in or register to vote.
0 votes
answered 08-Feb-2020 by Saddiya Anwar 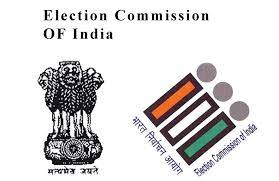 Please log in or register to vote.
0 votes
answered 29-Aug-2020 by Palak Anjum
Electoral Reforms In India – Indian Polity
India is the largest democracy in the world. Elections are the foremost integral and important a part of politics during a democratic system of governance. True democracy can function only elections to the offices of power are held during a free and fair manner. The issue of electoral reforms may be a vital and often-heard topic in Indian Polity.
Electoral Reforms in India Introduction

It is generally accepted that while the primary three general elections were held during a free and fair manner, a plummeting of standards started during the fourth general elections in 1967. Many consider the voting system within the country because the basis of political corruption. In the next sections, we will talk about the challenges in this regard, and some of the previous attempts at electoral reform.
Issues in Electoral Politics in India

There are many issues plaguing the electoral process in India. Some of the most prominent ones are mentioned below.
Money Power

In every constituency, candidates have to spend crores of rupees for campaigning, publicity, etc. Most candidates far exceed the permissible limit of expenses.
Muscle Power

In certain parts of the country, there are widespread reports of illegal and untoward incidents during polling like the utilization of violence, intimidation, booth capturing, etc.

Criminalisation of Politics and Politicization of Criminals
Criminals enter into politics and make sure that money and muscle power wins them elections, in order that the cases against them aren't proceeded with. Political parties also are happy as long as they need winnable candidates. Political parties field criminals in elections for funds and reciprocally provide them with political patronage and protection.

Misuse of Government Machinery
There is a general opinion that the party in power uses government machinery like using government vehicles for canvassing, advertisements at the value of the exchequer, disbursements out of the discretionary funds at the disposal of the ministers, and other such means to enhance the probabilities of their candidates winning.

Communalism
Communal polarization poses a significant threat to the Indian political ethos of pluralism, parliamentarianism, secularism and federalism. Read more about Communalism in the linked article.

Lack of Moral Values in Politics
The corrupt politicians in India has led to politics becoming a business. People enter the political arena for making money and retaining their money and power. There are only a few leaders who enter politics to form a difference within the lives of their people. The Gandhi ji values of service and sacrifice are missing from the Indian political scene.

Electoral Reforms Undertaken
Electoral reforms undertaken by authorities are often broadly divided into two categories: pre-2000 and post-2000. Both of these are discussed in the section below:
Electoral Reforms Pre-2000

1. Ceiling on election expenditure: at the present , there's no limit on the quantity a political party can spend in an election or on a candidate. Still, the Commission has put a cap on individual candidates’ spending. For the Lok Sabha elections, it is Rs. 50 – 70 lakh (depending on the state they're contesting the Lok Sabha seat from), and Rs. 20 – 28 lakh for an assembly election.

2. Restriction on exit polls: The EC issued a statement before the 2019 Lok Sabha elections saying that exit poll results could be broadcast only after the final phase of the elections were over. This was done to avoid prospective voters being misguided or prejudiced in any manner.

5. Political parties need to report any contribution in excess of Rs 20000 to the EC for claiming income tax benefit.

6. Declaring of criminal antecedents, assets, etc. by the candidates is required and declaring false information within the affidavit is now an electoral offence punishable with imprisonment up to six months or fine or both.