Why is RCEP important?

Why is RCEP important? 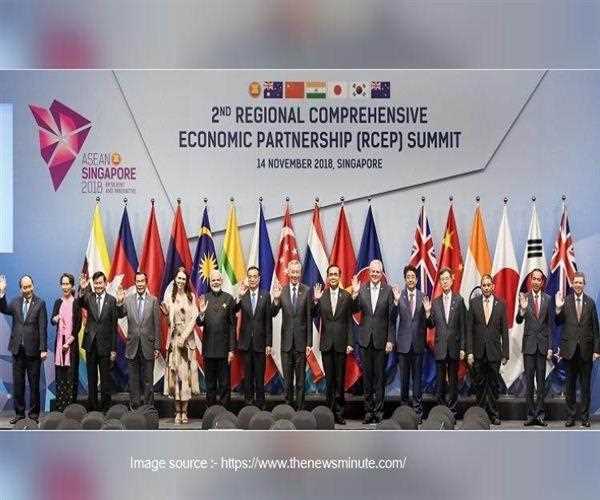 Actually, RCEP is a new type of free trade agreement as compared to other famous free trade agreements in the world. According to statistics, the total population of 15 member countries is around 2 billion 30 crore, which is 30 percent of the world's population. At the same time, the total GDP of 15 member countries is more than 250 trillion dollars. The area connected with RCEP will become the largest free trade area in the world. Along with this, new topics such as intellectual property rights, digital trade, finance and telecom are also included in the RCEP along with issues of goods trade, dispute settlement, service trade and investment etc.

On 15 November, 15 Asia Pacific countries with nearly a third of the world's population and a total economy of 26 trillion dollars have signed a major trade agreement Regional Comprehensive Economic Partnership (RCEP). It is hosted by Vietnam, whose Prime Minister Nguyen Xuan Phuc said that it is the world's largest free trade agreement. These 15 countries include 10 members of ASEAN countries (Brunei Darussalam, Cambodia, Indonesia, Loas, Malaysia, Myanmar, Philippines, Singapore, Thailand and Vietnam), China, Japan, South Korea, Australia and New Zealand. India is out of the deal this time, while India was among the 16 countries that laid the foundation for RCEP. Let's know why India is outside this time and what is this deal.
Under RCEP, there will be one rule of trade for all member countries, which will benefit everyone. Under this, easy movement of goods will be strengthened and at the same time, all formulations will also get relief. This will also attract multinational companies to more investment in member countries. By this, member countries will do business according to each other's needs and keeping in mind the economic outlook. This deal will make the deal easier between member countries.