Please log in or register to vote.
0 votes
answered 01-Sep-2020 by Anonymous User 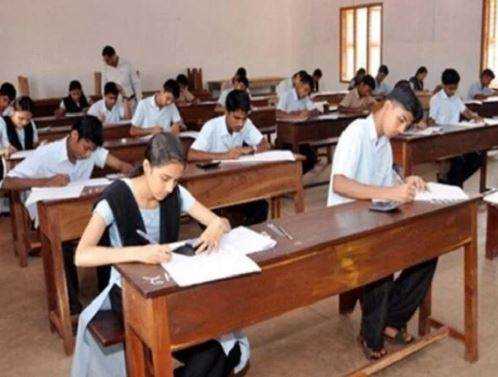 This change has been introduced in the country's education policy after nearly 34 years. On one hand, provision for education in the mother tongue has been made at the primary level, while the degree course at graduation level has been extended to 4 years.
At least up to the fifth grade and if possible, eighth and beyond will be taught in the local language or mother tongue. That means subjects like Hindi, English will be in the form of language courses, but the remaining courses will be in the local language or mother tongue.
There will be a change in the system based on 10 + 2 in the country. Now it will be 5 + 3 + 3 + 4 according to the syllabus. That is, one part from primary to second class, then the second part from third to fifth, third part from sixth to eighth and last from ninth to 12th.
Board examinations have been retained in the new education policy, but these will be made knowledge-based and memorizing habits will be minimized by rote in it.
The child will also play a role in preparing his report card during school education. Till now only the teacher writes the report card. But the new education policy will have three parts. The first child will evaluate himself about himself, the second will be from his classmates and the third through the teacher.
Not only this, now students will also be taught coding from class VI, which will help in their skill development till the completion of school education.
The undergraduate course has now been changed to 4 years instead of 3. Although students will still be able to get a degree after 3 years, but after doing a 4-year course, they will be able to get a post graduation degree in just 1 year. 3-year degree for students who do not have to do higher education. Students doing higher education will have to do a 4-year degree
Not only this, steps have also been taken to make the three years of graduation worthwhile. Under this, after 1 year certificate, diploma after 2 years and degree after 3 years will be obtained.
With this, Phil has been completely eliminated, while after MA, students will be able to do PhD directly. In the new education policy, the rules of private university and government university will now be one. Now the rules of any deemed university and government university will not be different.
The new policy promotes multilingualism in both schools and HES. National Pali Institute, Persian and Prakrit, Indian Institute of Translation and Interpretation will be established

Please log in or register to vote.
0 votes
answered 01-Sep-2020 by Palak Anjum
New Education Policy -2020: Key Points at a Glance
Just as the stagnant water starts to stink at one place, in the same way, after studying an old system &#40;which can also be called Rattu parrot education system&#41;, the children stop benefiting from education.
This is the reason why education policy in India has been changed from time to time. The first education policy in India was started by former Prime Minister Indira Gandhi in 1968. After this, the next policy was made by Rajiv Gandhi's government in 1986, second education policy in which Narasimha Rao government made some changes in 1992.
Thus, at present, 34 years old education policy was going on in India which was becoming ineffective with changing scenario. This is the reason that in the year 2019, the Ministry of Human Resource Development prepared a draft of the new education policy and sought advice from the public.
India's new education policy 2020 has been approved by the Cabinet chaired by Prime Minister Narendra Modi on 29 August. This new education policy was drafted by former ISRO chief K.K. A committee of experts headed by Kasturirangan has prepared. Let us know in some points what are the main points of the new Education Policy 2020?
Key Points at a Glance:
1. In the new education policy 2020, 6% of GDP will be spent on education, which is currently 4.43%.
2. Now the education up to class five will be in mother tongue.
3.The Ministry of Human Resource Development has been renamed as Ministry of Education. Therefore, Ramesh Pokhriyal Nishank will now be called the education minister of the country.
4. Higher Education Commission of India (HECI) will be set up as a single body for all higher education except law and medical education. That is, there will be a single regulator for higher education. 3.5 crore new seats will be added in higher education.
5. Vocational courses will be started from sixth class. Students desirous for this will be given internship from 6th class onwards.
6. Music and arts will be promoted by including them in the curriculum.
7.A National Educational Technology Forum (NETF) is being created to promote e-curricula for which virtual labs are being developed.
8. The target of achieving higher enrollment ratio of GER (Gross Enrolment Ratio) in higher education by 2030 is 50% which was 26.3% in the year 2018.
9.The most important point of the new education policy 2020 is the implementation of multiple entry and exit systems. Now, if a student is not able to pursue further studies after studying engineering for six years or for six semesters, then he / she does not achieve anything.
But now, after leaving the study after one year in multiple entry and exit system, certificate will be given, diploma after two years and degree will be given after leaving the study after three to four years. This will reduce the dropout ratio in the country.
10.If a student wants to skip a course and take admission in another course, then he can take a break from the first course for a specific time and join the second course and after completing it can continue the previous course again. is.
11.There are different rules for Central Universities, Deemed Universities, and Standalone Institutions at present. The new education policy 2020 will have the same rules for everyone.
12.The National Research Foundation (NRF) will be established as an apex body on the lines of the NSF (National Science Foundation) of America to promote research and research in the country. The main objective of the establishment of NRF is to promote the culture of research through universities. It will be governed independently by the government, a board of governors and will finance large projects.
13. So these were some important points about India's new education policy. It is expected that with this new education policy, employment-oriented education will be promoted in the country and children will get rid of the culture of rote learning.