who is the best religion in the world

who is the best religion in the world 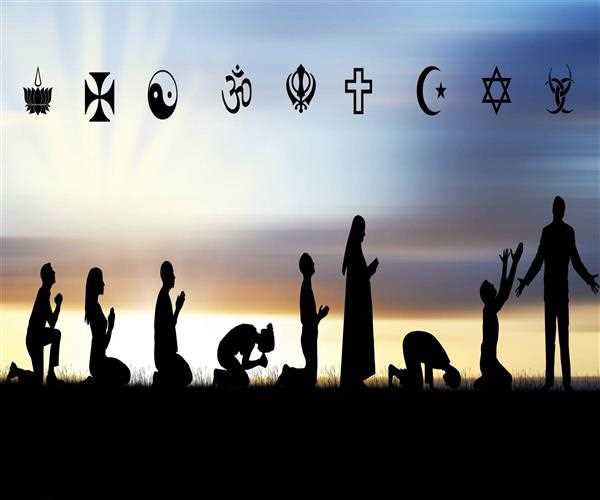 That is an easy question to answer. If you were travelling from Delhi to Kangra, you could use any form of transport including; aeroplane, train, coach, car, motorbike, bicycle, walking. Depending on when you wanted to get there, where you wanted to stop on the way, what you wanted to see on the way, and how much time you had, you could choose any of these methods. The point is, you would get there in whatever way suited you.

Religion is like that. It does not matter whether you are a Buddhist or a Muslim, a Christian or a Hindu; the point is to arrive at your destination. The only difficulty is that people tend to keep the same religion that they were brought up with and do not know much about other religions. But once you are on one route it should get you there.

All roads lead to the same place, some get there quicker; others enjoy the journey and get there a little later. It is not a race, just a wonderful experience. Remember, the holiday doesn't start when you arrive at your destination; it begins when you lock the front door and step out into the street.

I cannot see that any religion is better than another because they all fail in one key area. What is the purpose of religion? I don't mean 'do religions cause you to feel good' sort of reasons; I mean what's the last word aim of each religion? I'll tell you. The ultimate aim of every religion is enlightenment.

Enlightenment means once you realise your true self, are the equivalent of a saint and are guaranteed an area in heaven. Sikhism says that an enlightened person is like God himself. The Christian equivalent would be a saint.

How many people do you know who are enlightened? If a faith was good at what it does, there should be many enlightened people all around. People who attend churches, temples, mosques, are as unhappy and have lives filled with problems a bit like anyone else. What difference is there between a spiritual person and someone who doesn't believe God? It appears there is none!

That is why I think all religions fail their ultimate test. And now I will tell you why. I have previously talked about using a fridge to wash clothes; it is impossible because you are using the wrong equipment for the job. For enlightenment you would like to use your heart centre, and instead, religion is all about using the top centre. Religions are good for providing a ‘map’ that tells you what to do. They are good because they provide you with a place to worship, a congregation where you can share and feel good. They give you a pacesetter , holy man, a prophet. They give you an area to share your joys and sadness and eventually they provide you somewhere to get the dead, and feel that they're going to be safe.