is Pakistan plotting a big conspiracy against India

is Pakistan plotting a big conspiracy against India

Please log in or register to vote.
0 votes
answered 22-Aug-2020 by Palak Anjum 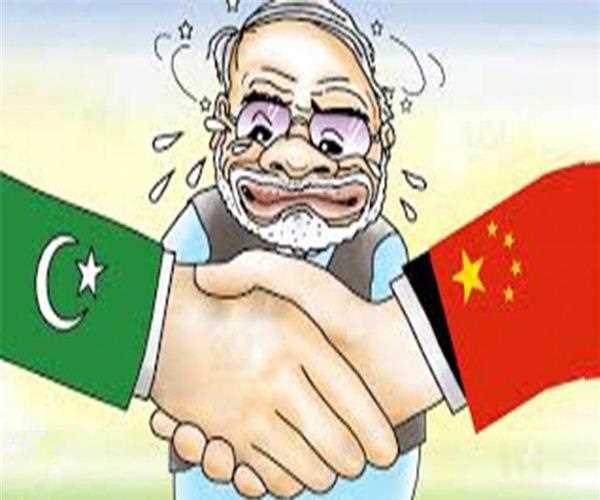 Not only Pakistan even china is plotting a big conspiracy against India. They support each other to destabilize India.  China has border disputes with all its neighbors, both on land and sea. One of the people at the end of it is India. Obviously, China does not care about the territorial integrity of India either. In the last two days, Chinese soldiers clashed with Indian troops on the border in Sikkim. In addition, Chinese helicopters flew close to the Line of Actual Control (LAC) with India in Ladakh.

And now, China is building a dam on the Indian territory occupied by Pakistan. For this, a Chinese company has signed an agreement with the Government of Pakistan. A 5.8 billion deal has been signed to build this one dam in Gilgit-Baltistan that falls in Pakistan-occupied Kashmir (PoK). Technically it is an Indian territory but despite all the objections of India, China is doing business with Pakistan.
The project is named Diemer-Bhasha Dam. The contract was signed with a joint venture led by Power China, a Chinese company. Its second partner is the Frontier Work Organization, a subsidiary of the Pakistan Army. In a way, it is a joint venture of the China and Pakistan Army. Obviously, this project is beneficial for both sides. China gets more deals and Pakistan Army earns extra money .
On Tuesday, Chinese President Xi Jinping spoke to his Sri Lankan counterpart Gotbaya Rajapaksa. Jinping wanted a "gradual resurgence" of cooperation towards the BRI.
Pakistan newspaper Dawn reported that work will begin in a few weeks on the Daimar-Bhasha Dam, a dam project to be built in Indian territory. Let us know that China has been involved in 23 regional disputes since 1949 till now. Of which now only six are left, which serves China's strategic objective to woo regional rivals for Beijing.
On Tuesday, China's Foreign Ministry issued a statement on the border situation with India, its language was not friendly at all.