What is the case of Babri Masjid?

What is the case of Babri Masjid?

Please log in or register to vote.
0 votes
answered 07-Aug-2020 by Anonymous User 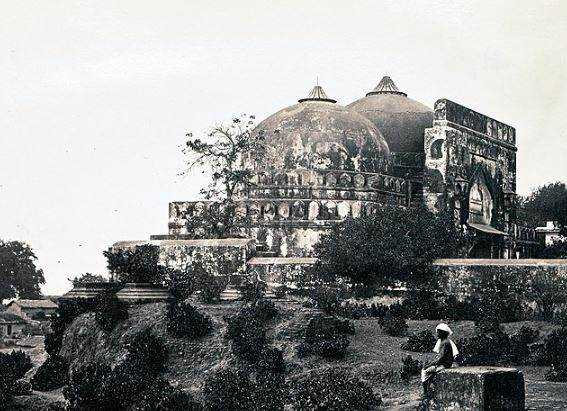 Well, Ram Mandir is finally going to be built on the birthplace site of Bhagwan Shri Ram who is the soul of Sanatan Dharma ethos. Babri Masjid is a term which the Islamists, secularists and the pseudo-liberal lobby loves but the harsh reality is that it was the sign of destruction, plundering done by a barbaric invader who only killed the kafirs (infidels) in the name of Allah and built mosques over other religious sites as the sign of victory.

Now as per the recorded the said and controversial mosque which is the Babri Masjid was built by Mir Baki who was the aide of Babur who was the founder of the Mughal dynasty in India. Now since British time only we have seen the case of Babri Masjid when some Nihang Sikhs had allegedly placed god idols and started worshipping the place as Ramjanmbhoomi.

Now suffice to say that on 6 December 1992 the said mosque was destroyed for good by the Karsevaks as already the Mandir-Masjid case was going in Ayodhya. In 2020 the Supreme Court gave the order in the favour of Hindus and Muslims were given extra 5 acres land for a separate mosque. After 500 years of struggle Hindus finally have the Ayodhya Ram Mandir.

Please log in or register to vote.
0 votes
answered 03-Sep-2020 by Palak Anjum

The whole country is waiting for the decision of the Supreme Court on the issue of Ayodhya. It remains to be seen in whose favor the verdict will come.

Let me tell you, Ayodhya is considered the birthplace of Rama. In such a situation, the Hindus claim that here was the primary temple which was broken and a mosque was built. At the same time, the claim of the Muslim community is totally the opposite. However, the Supreme Court will decide who is right and who is not.
Let us figure out when and who built the Babri Masjid, how it got its name.
It is believed that Mir Baqi, the commander of the Mughal ruler Babur, built the mosque in Ayodhya which was known as Babri Masjid. Let me tell you, this mosque was built by Mir Baqi in the name of his emperor Babur.
Babur came to India in 1526. By 1528, his empire reached Awadh (present Ayodhya). Let me tell you, after this, the information of history for nearly three centuries is not present on any open source. 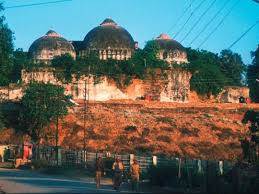 After which the date of 6 December 1992 was recorded in the pages of history. Let me tell you, thousands of kar sevaks reached Ayodhya and demolished the Babri Masjid and built a temporary Ram temple. Only after this did communal riots take place all over the country. About 2000 people lost their lives in this.
1853: ... when there were riots in Ayodhya for the first time. 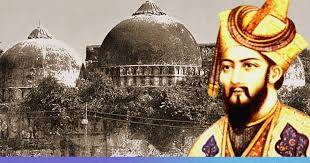 It is said that there was a riot in 1853 for the first time between the Hindus and Muslims regarding the Ayodhya temple-mosque issue. At that time, Nirmohi Akhara claimed the structure and said that the site on which the mosque stands. There used to be a temple there. Which was destroyed during Babur's reign. For the next 2 years, violence continued in Awadh (currently Ayodhya) over this issue.
According to Faizabad District Gazette 1905, till 1855, both Hindus and Muslims continued to worship or worship in the same building.
Photo- Ayodhya Ghat 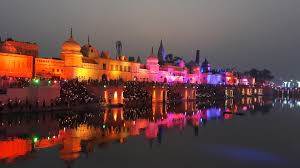 Let me tell you, since then till date there has been a debate among the Hindu Muslim community on whether there was a temple or a mosque in Ayodhya. The Masjid was demolished on 6 December 1992. After which a case related to the ownership of the land was registered in the Allahabad High Court.
In this case, a three-member bench of the High Court on 30 September 2010 gave its verdict on 2.77 acres of land. According to this decision, one third of the land will go to the Ram temple. Whose Hindu Mahasabha will be represented. The second one-third was decided to be given to the Sunni Waqf Board and the remaining one-third to the Nirmohi Akhara. Let me tell you, on May 9, 2011, Hindu and Muslim parties had appealed in the Supreme Court against the decision of Allahabad High Court.
2017: Supreme Court called for an out-of-court settlement. Charges of criminal conspiracy on top BJP leaders were reinstated. 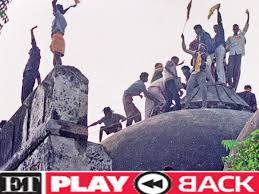 8 March 2019: The Supreme Court sent the case for arbitration. The panel was asked to conclude the proceedings within 8 weeks.
August 6, 2019: Daily hearing of Ayodhya case starts in Supreme Court. 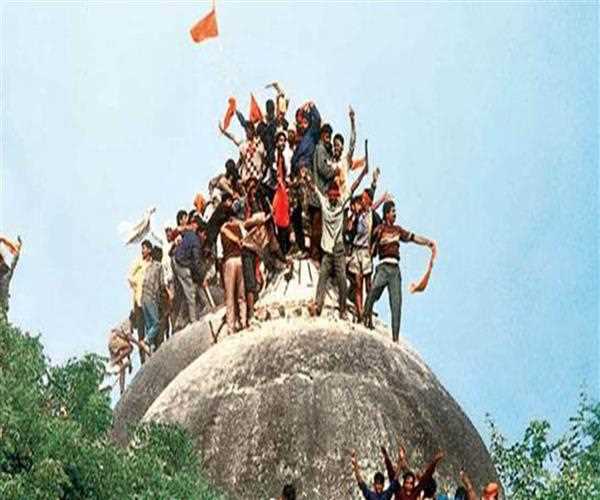