who is the most richest man in the world 2020

who is the most richest man in the world 2020

Please log in or register to vote.
0 votes
answered 04-Aug-2020 by Anonymous User 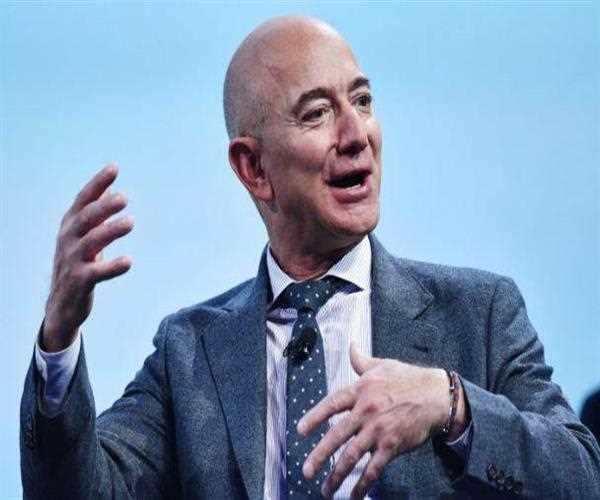 In the current year 2020, the world's richest person is Jeff Bezos. Bezos is the owner of Amazone, the largest online e-commerce company. Jeff Bezos became the first person in the world to score Centibillionair. That is, those who get 100 Billion dollar wealth.

Jeff was born on 12 January 1964 in New Mexico, United States of America. His mother's name was Jacklyn and his father's name was Ted Jorgensen. At the time of Jeff's birth, his mother Jacqueline was only 17 years old.

Jeff's father left him with his mother at an early age. Jacqueline then married Miguel Bezos. Jeff had a lot of interest in technology since childhood. At that time, he made an electronic Alarm and put it in his room. So that he used to make a sound when anyone came to his room

Jeff's entire family then moved to Florida Miami. After this, he also worked at Macdonald at a very young age of 16 years. Jeff was later married to MacKenzie Sheri Tuttle in 1993. During this time, he also worked at many different places.

At that time the number of Internet users was increasing very fast. So Jeff thought about Online Book Selling and created a website for it named Cadabra.com.And later changed its name to Amazon.com after the name of South America's largest river. This website ran a lot, in 1998, Bezos started selling CD / DVD and electronics things through it and within sometime it became one of the largest e-commerce giants.

After this, in 2019, Jeff got divorced with his wife MacKenzie. Mackenzie held 4 percent of Amazon's Total 16 shares. Which is equal to about 2.52 lakh crores.