is sachin pilot has ability to chief minister of rajasthan

is sachin pilot has ability to chief minister of rajasthan

Please log in or register to vote.
0 votes
answered 13-Aug-2020 by Adriana Michele 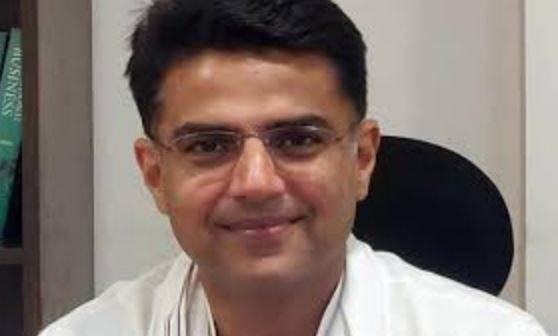 Sachin Pilot was the former Chief Minister of Rajasthan along with being the party unit chief of the Indian National Congress. When Congress won the Rajasthan Assembly elections, it was widely expected that Sachin Pilot would be the face of Congress government, in other words, he would have become the Chief Minister of  Rajasthan as he sparked the already defeated Congress while doing thunderous political rallies but former CM Ashok Gehlot could take this and gave an ultimatum to the party high command.

Sachin Pilot objected to this but a truce was set between the two as both were promised 2.5 yrs each term for the CM post by the party high command which is none other than infamous Gandhi family, Now he was made the Deputy CM and there was a growing tussle between the two.

On 13 July 2020, the pilot's office issued a statement saying that Chief Minister Ashok Gehlot's government was in a minority. ... The Indian National Congress on 14 July 2020 dismissed Sachin Pilot as Deputy Chief Minister and Rajasthan Congress President for rebelling against the party and its leadership. The case reached High Court but recently Sachin Pilot realized his weak position of heaving minority MLAs so he consulted high command and everything seems to be in order with respect to the upcoming assembly session. Sachin Pilot could have become the Rajasthan CM if he had gone with BJP or broke the party with more MLas on his side.,