how many times emergency declared in india

how many times emergency declared in india

An emergency is one such provision in the Indian constitution, which is used when the country is in danger of any internal, external or financial threat.

The framers of the Constitution had envisioned a state of emergency keep in mind the times in which the unity, integrity and security of the country are at risk. Keeping this in mind, some such provisions were made under which the central government could take serious decisions without any restriction.

Since the independence of India, the state of emergency has been declared three times. The first example was during the Indo-China War between 26 October 1962 to 10 January 1968, when India's security was declared a threat from external aggression due to China,.

The second instance came between 3 December 1971 to 21 March 1972, which was originally proclaimed during the Indo-Pakistan war. It was later extended along with the third proclamation between 25 June 1975 to 21 March 1977 under controversial circumstances of political instability under Indira Gandhi's prime ministership, when the emergency was declared on the basis of 'internal disturbance',  but the term was very Was ambiguous and had a broader meaning and hence the 44th Amendment Act 1978 substituted the words 'internal disturbances' for 'armed rebellion'.

Please log in or register to vote.
0 votes
answered 07-Sep-2020 by Palak Anjum
A state of emergency India refers to a period of governance under an altered constitutional setup which will be proclaimed by the President of India, once they perceives grave threats to the state from internal and external sources or from financial situations of crisis. By the advice of the cabinet of ministers and using the constitution of India , the President can overrule many provisions of the constitution, which guarantee fundamental rights to the of India and acts governing devolution of powers to the states which form the federation .In the history of independent India, a state of emergency has been declared thrice. The first example was between 26 October 1962 to 10 January 1968 during the India-China war, when “the security of India” was declared as being “threatened by external aggression”. 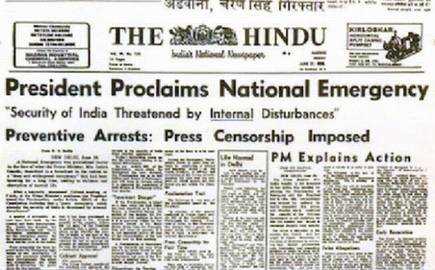 The second example was between 3 December 1971 to 21 March 1972, which was originally proclaimed during the India Pakistan war . It had been later extended along with the third proclamation between 25 June 1975 to 21 march 1977 under controversial circumstances of political instability, that time Indira Gandhi was a prime minister of India ,when emergency was declared on the basis of “internal disturbance”, but this term was very vague and had a wider connotation and that is why fourty-fourth amendment act 1978 substituted the words “internal disturbance” for “armed rebellion” “. 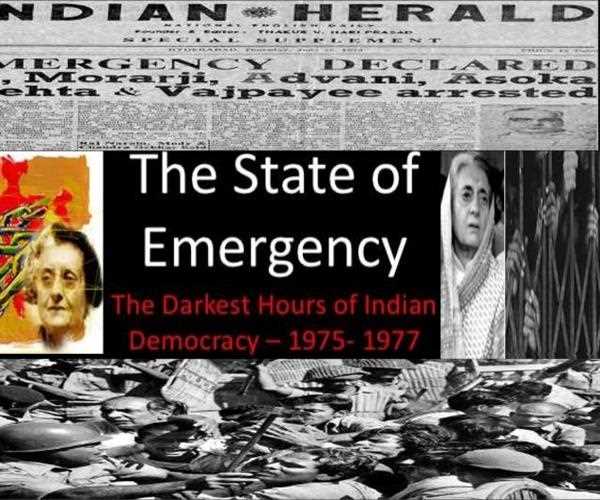 The word Emergency period used loosely, when referring to the political history of India, often refers to the third and the most controversial of the three occasions.