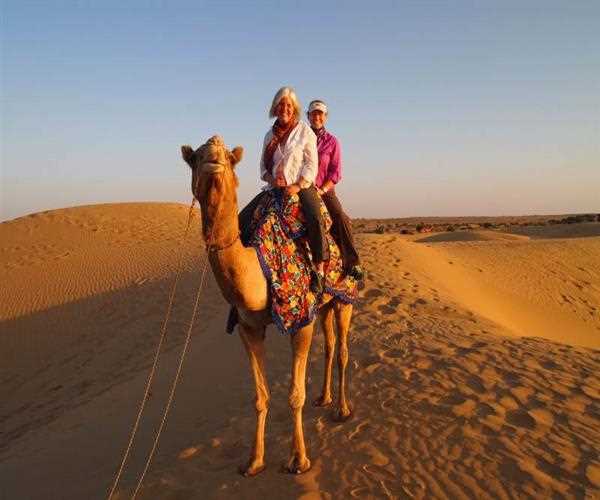 Rajasthan is rightly called as the Land of kings, and is replete with lavish palaces and majestic forts of 'maharajas' depicting their fabulous kingdom.

The forts of Udaipur and Chittor, where stories of legendary Rana Pratap and Meera Bai are inscribed.

Do not forget to visit the Pink city and Hawa Mahal in Jaipur and the Mount Abu at Aravalli, Gadisar Lake, Amer Fort and Palace, besides the great Thar Desert at Jaisalmer, with all its golden sand dunes. Get through Rajasthani folk music and dance.

Please log in or register to vote.
0 votes
answered 28-Feb-2020 by Festival Panchang

Great Answer given by Saddiya Anwar. I loved the information in this post.

The Royal Holi Celebrations – Across Rajasthan

You may learn about the Holi 2020 celebration and Muhurat, Tithi and significance easily here.

Please log in or register to vote.
0 votes
answered 28-Apr-2020 by Mohit Chauhan
Rajasthan is known for its royal forts, castles, palaces, its colourful markets, desert villages and the warmth of its people. Rajasthan Motorbike Tour will be the perfect dose of adventure for you. Ride your bike and explore the colourful cities, the rich culture and heritage, the tradition which is going on for centuries in Rajasthan. It has everything to offer to a traveller, from a camel safari in desert to majestic palaces. Take a royal tour of Rajasthan on your Royal Enfield with the Rajasthan Motorbike tour.
Start your trip from Mandawa - a small 18th century town which is famous for its marvelous haveli architecture. Enjoy a camel safari in the deserts of Bikaner. See the amusing view of the “Blue City” from the Mehrangarh Fort in Jodhpur. Explore the stunning City of Lakes - Udaipur. Don’t miss the sunset here! Ride to the sacred land of Pushkar which is famous for its Brahma Temple. The trip ends in the beautiful colourful city of Jaipur, also known as the “Pink City”. Take the Rajasthan Bike Trip and let the most colourful state of India speak for itself.
Explore other Popular Rajasthan Motorcycle  Tours

Please log in or register to vote.
0 votes
answered 20 days ago by Palak Anjum

Culture of Rajasthan is India's most beautiful culture, read 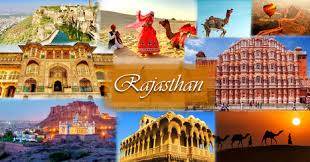 Rajasthan a city of devine culture values, it is one of the most beautiful states in India. The culture here is famous all over the world. The culture of Rajasthan is a contribution of various communities and rulers. Even today, whenever Rajasthan is named, the Thar Desert, camel rides, Ghoomar and Kalbeliya dances and colorful traditional costumes come before our eyes. This state is known for its gentle nature and gracious hospitality. Whether indigenous or foreign, the culture of this place will fascinate anyone's mind. After all, who wouldn't feel like watching a Kalbeliya dance by lighting a fire in the desert at night. Those who have experienced the culture of Rajasthan are very happy. But those who are unaware of this, we will tell you some interesting things about the simple but attractive culture of this royal city which after knowing it will not deter you to come here.
Rajasthani Apparel 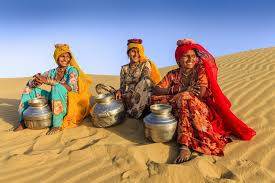 When it comes to linking civilization and beauty together, nothing remains next to Rajasthani clothes. Traditional Rajasthani clothes for women are quite decent, beautiful and comfortable. The women here wear traditional ghagra, choli and odhani (dupatta). These women's clothes are bright colored, with a gota (border). In front of their elders and in front of outsiders, women remove the veil. In this way she honors that person with herself. 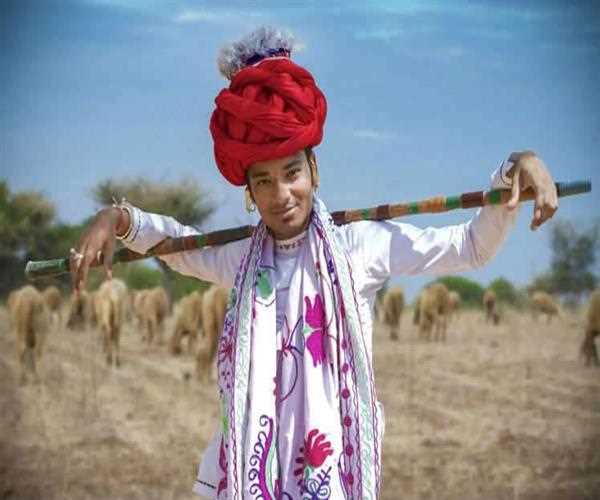 So there men prefer to wear dhoti kurta or kurta pajamas. Apart from this, some men also wear a cotton cloth turban with a bandage print on the head. For them, a turban is not just like a cap covering the head, but is respected. 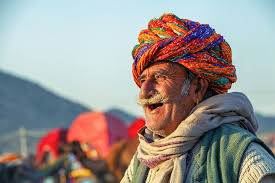 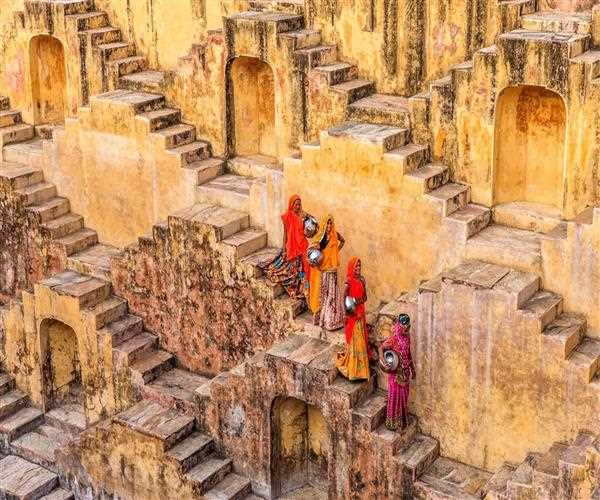 After clothes, now we talk about Rajasthani jewelery which are becoming famous not only in Rajasthan but now all over the world. It is not at all that only women wear jewelery. In Rajasthan you will find many such people with a gold chain around their neck, a huge bangle with men in hand and a gold earring or clove in one ear. 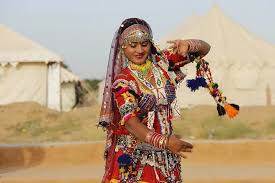 Here, women's jewelery is famous. Borla is Rajasthan's most famous and most liked by women. Borla is a type of demand vaccine that resembles a braid in appearance. It is one of the traditional jewelery of Rajasthan. Apart from this, women also wear bracelet, waist band, arm band and lacquer and oyster bracelets.
Rajasthani folk dance 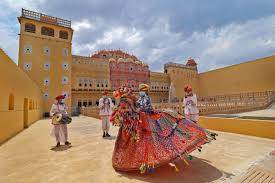 Where the matter of Rajasthani dance comes first name is Ghoomar. Yes the same Ghoomar dance which was also performed in a film. But in reality, the Ghoomar dance is quite different from what most women here are able to do with ease. This dance may seem easy to watch but it requires lot of strength in the feet. 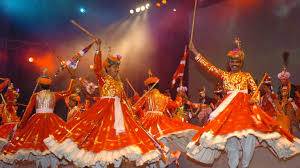 Apart from this, Kalbeliya dance is another famous folk dance of Rajasthan. Traditionally it is performed by the Banjaras of Rajasthan. Kalbeliya dance cannot be performed by the common people as it also performs many dangerous duties for the entertainment of the people, such as dancing on the nails, lifting the blade with the eyes and rolling the finger on a finger. All these duties require months of practice. 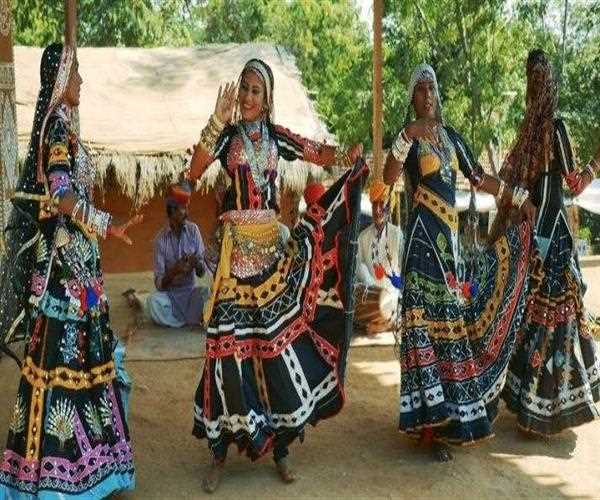 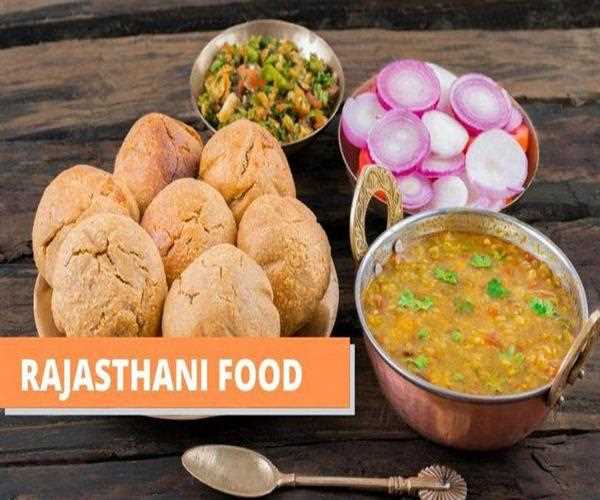 Everyone is fond of food, and if you come to Rajasthan and do not eat traditional food here then it will be a matter of great regret. Rajasthan's pulses, baati and churma are famous in every corner of the country. A hot wick dipped in ghee with lentils and a hot churma with ghee as a sweet, only makes the mouth water. By the way, you will find it in your city too, but of course there will be no such thing here. 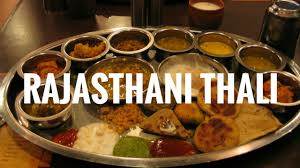 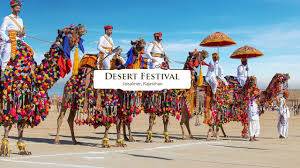 Desert Festival: Desert Festival to be held in Jaisalmer, where the colorful games are held. Here, mustaches are fought between men and camel games are shown and played. This festival is held in February. 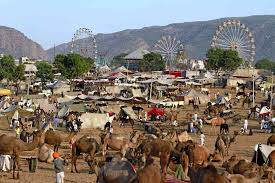 Camel Fair: The Camel Fair held in Bikaner, Rajasthan is held every year in honor of the camel, which is considered a ship of the desert. In this fair, camels are decorated like any bride. Apart from this, races are conducted between all camels. Rajasthani songs are also played at the fair to entertain the people. At the end of the fair the whole sky is lit with fireworks. This camel fair is held in Bikaner in January every year.

Pushkar Fair: Pushkar fair which is organized every year and in which more than three lakh people and about twenty thousand camels, horses, hand made items and many things to decorate the house will be seen. The Pushkar fair takes place every year in the month of November in Pushkar. 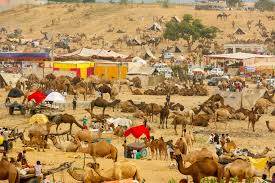