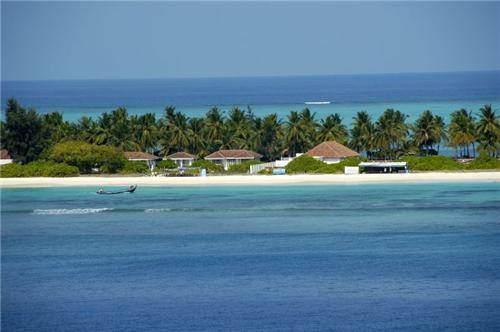 Lakshadweep means a 'hundred thousand Islands'. It has the most beautiful and exotic Islands and beaches of India.

The major tourist attractions of this place are the three coral reefs, five submerged banks and twelve atolls. Other than these the beautiful marine life, tourist resorts, villages are some good aspects of this destination which enrich the minds of the tourist.

Ideal time to visit : October and May.

Please log in or register to vote.
0 votes
answered 20 days ago by Palak Anjum
Lakshadweep (Kavaratti) 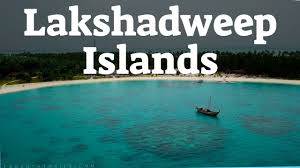 About Lakshadweep
Lakshadweep, located in the Arabian Sea, is part of the Indian subcontinent and is known as the smallest union territory of India. Lakshadweep means ‘millions of islands’ in Malayalam and Sanskrit. As its name suggests, this island is very beautiful and gives a perfect holiday holiday to those who are fond of beaches, water sports and sea food. 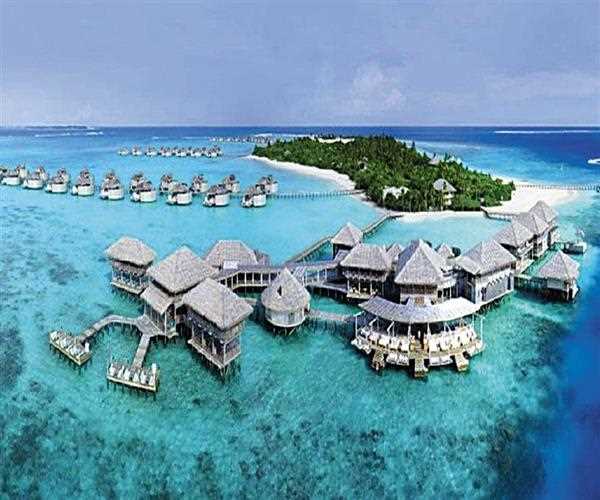 The whole of Lakshadweep is nothing but a group of many small islands which are located near each other. It has a total of 12 coral atolls, five banks, three coral reefs and several small islets. It is located near the Kerala coast and comes under the jurisdiction of the State of Kerala and the Kerala High Court. The capital of Lakshadweep is Kavaratti and is considered to be one of the most beautiful places in the Indian subcontinent. 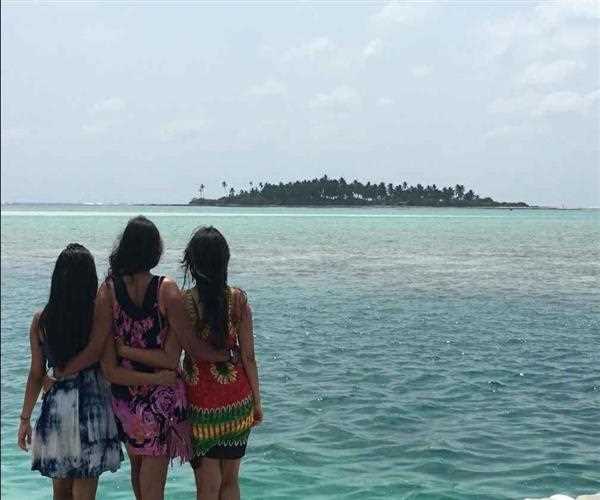 This union territory was formed on 1 November 1956. The state bird is the sooty tern and the state animal butterfly fish. The state tree of Lakshadweep is bread fruit. Malayalam, Hindi, Mahi and Tamil languages are spoken here.
It is a group of 36 islands and has a total area of 32 square kilometers scattered over 30,000 square miles in the Arabian Sea. Out of the 36 islands, only 10 islands are inhabited and these ten islands are Androth, Amini, Agati, Bitra, Chetleet, Kadmat, Kalpeni, Kavaratti, Kiltan and Minicoy. Lakshadweep is rich in biodiversity and various facts of these islands present a wide range of information about Lakshadweep. The attractive coral reef island of this union territory endowed with unmatched natural beauty is an interesting combination of beautiful views and modern infrastructure that attracts tourists from all over the world.
History 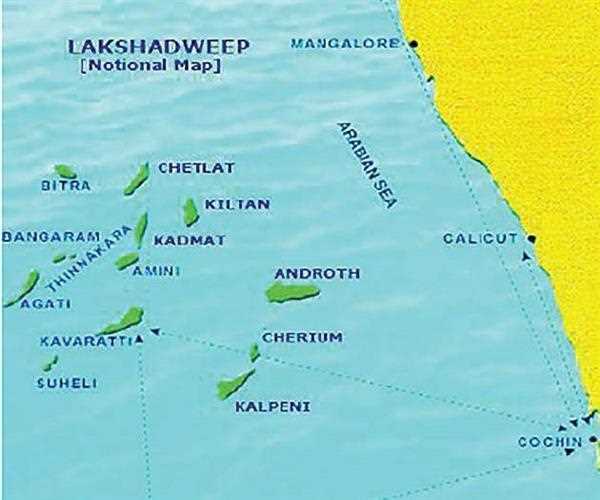 According to local tradition, the history of Lakshadweep is said to be associated with the last Chera king of Kerala, Cheraman Perumal. Historians believe that he had converted to Islam at the behest of Arab traders and left his capital, Craiganor, which is now called Kodangalore in Mecca. Several search teams were sent to find the king. However, his ship broke down on an island named Bangarma due to the strong storm. As the impact of the storm subsided, the team reached Agati Island and while returning home encountered them from various islands of Lakshadweep. Some soldiers started living on one of these Amini islands. 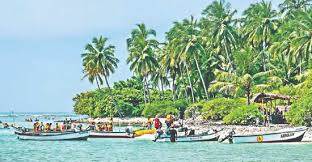 The history of Islam in Lakshadweep dates back to the seventh century when St. Ubaidullah visited many places to preach Islam. When his ship broke, he found himself on the island and thus arrived here. He married here and successfully converted people to Islam. Even today his tomb is present here in Androut and is considered a holy place.
Looting started in Lakshadweep with the arrival of the Portuguese. He was only interested in coir. However, the Portuguese also did not last for many years and they are believed to have died due to poisoning by the local people. 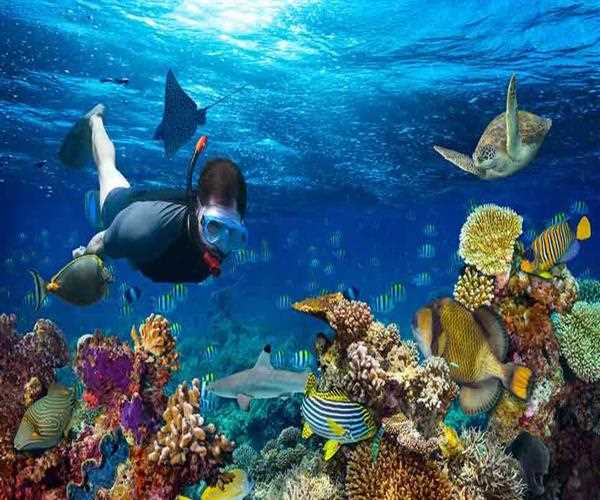 According to modern history, the king of Chirakkal was ruled in Lakshadweep in the 16th century. After some time some islands came under the rule of Tipu Sultan. The British East India Company arrived here in 1799. Later in 1854, the entire Lakshadweep came under the rule of the East India Company. After independence, these islands became part of the Republic of India and in 1956 became a separate union territory.
Geography 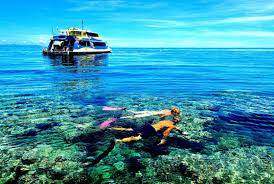 The geography of Lakshadweep is very interesting and beautiful. This place is rich in varieties of flora and fauna. There are coral reefs, incredible lagoons and beautiful blue waters all along the islands, and of course along the shiny sandy beaches. There are 36 islands here and many islands are isolated. The islands are located in the Arabian Sea about 220 to 440 km from Kochi in Kerala. The area of Lagoon is about 4200 square kilometers, water area is about 20,000 square kilometers and economic area is about four lakh square kilometers. Entire union territory 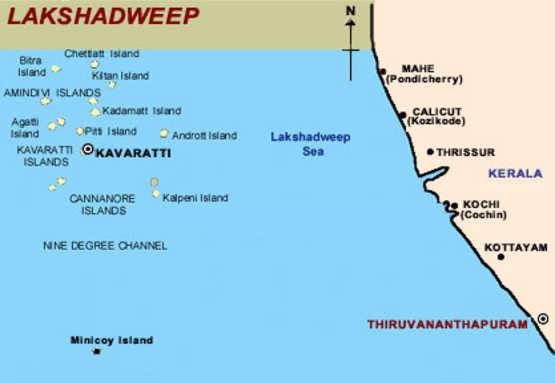 It is about 32 square kilometers. Because of its condition, its climate is tropical and the weather here remains pleasant throughout the year. The seasonal conditions here are very similar to Kerala. The temperature here ranges from 25 ° C to 35 ° C. Humidity in this region varies from 70 to 76 percent. The annual average rainfall in Lakshadweep is 1600 mm. Is the most rainy in the southwest monsoon. All the islands in this union territory have unbroken beaches and all the banks are covered with dense coconut palm trees.
The global position of Lakshadweep is 71 ° –74 ° East longitude and 8 ° –12 ° 13 “North latitude. These islands have five underwater coasts, three reefs and 12 atolls.
Demography 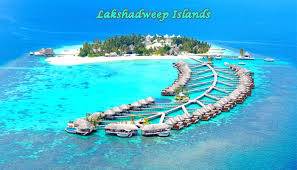 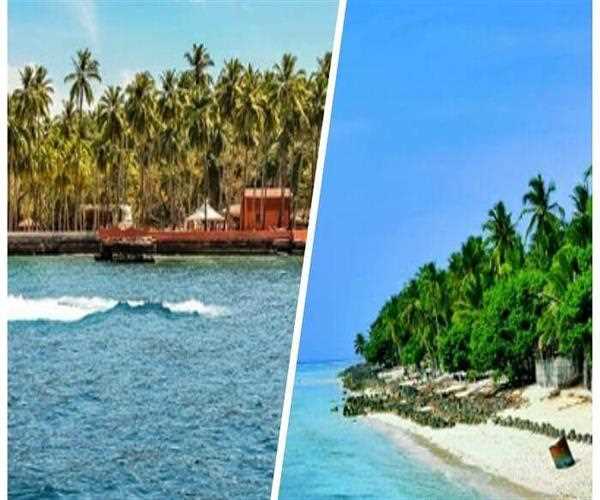 Due to its excellent economic zone, the islands offer incredible economic potential. Although agriculture is the main part of the economy here, but fishing is also very important. The people here also do a lot of coconut cultivation which is the main crop here as well as the main source of income of the people here. The industries here are based on making coconut fiber and related products. There are many coir fiber factories here. A large number of people work in these factories. Fishing places the island first in per capita availability of fish. Apart from various industries here, the tourism industry is also very big which helps a lot in earning revenue here.
Government and politics 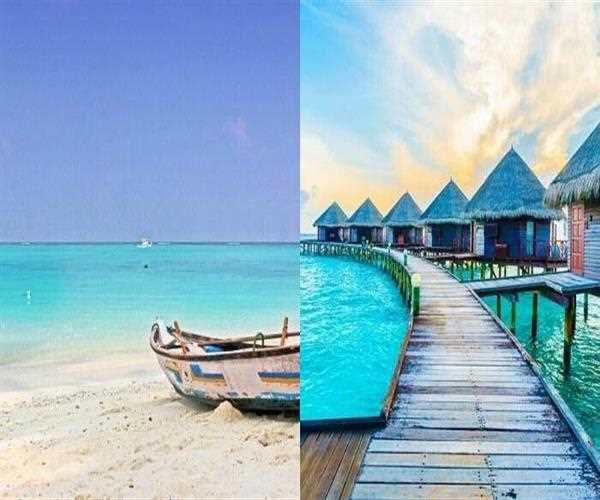 Lakshadweep is the smallest union territory of India and has several bodies functioning in government. The administration of the Union Territory is overseen by the Governor who is appointed by the President. The island comes under the jurisdiction of the Kerala High Court which is located in Kochi, Kerala. Its district headquarters is located in Kavaratti. The government has created several departments for its development. These departments work for the betterment of the people and are very efficient. The island has ten subdivisions. The Minicoy and Agati subdivisions come under the authority of the Deputy Commissioner and the other eight islands are sub-divisional officers. The Collector is also the Development Commissioner and District Magistrate who looks after the land, law and order and revenue matters. In addition, there are additional district magistrates and ten executive magistrates.
Society and culture 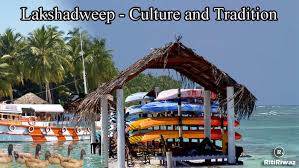 Lakshadweep has a deep tradition and culture that has been in place since ancient times. There are various traditions and customs here. It is predominantly a Muslim area and has many folk festivals, dances and various traditions which are associated with much garh. Due to its proximity to Kerala, many religious customs and traditions are influenced by Kerala. The festivals celebrated here are Muharram, Bakrid and Milad-Un-Nabi and Eid-ul-Fitr. All festivals are celebrated with a strong sense of integrity. The food here reflects the people and their taste. The local food here includes sea fish and coconut. There is a lot of consumption of coconut water here. People here use coconut very much in their food, which is very tasty. Here you can also enjoy spicy non-vegetarian food with spicy dishes. You will find the finest cuisine of India here. Apart from all these, you can enjoy mouth watering idli, dosa and chawal etc.
The people 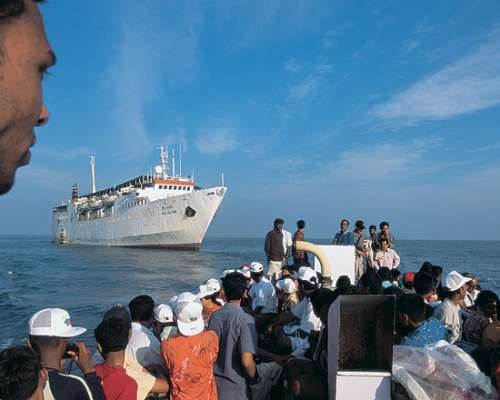 People here are very simple and lead a simple life. There are four main communities called Malmi, Aminidivi, Melacheri and Koyas. Aminidivi are local people and are believed to be the first to come here. The Koyas are known as landowners and Malmi is a working class. Melachari are labor communities whose profession is to collect coconut. They all live in harmony and work for the development of the island.
Languages
Malayalam is widely spoken here and is used as a local language. Minicoy people use the Mahi language, but nowadays people speak a little Hindi and English. Grandha is the modern script of Malayalam. The Mahi script is written from Dai to the left.
Education
It has a very high literacy rate and is believed to be 92.28 percent. The syllabus of Kerala is applied here. The most important fact is that biodiversity, environmentally friendly goods and climate change are taught by the informal community. The children here get education from their parents about fishing, wildlife and marine life. There are many schools in Minicoy and Kavaratti. There is a junior college here after class X. Education here is available only till class 12th and one has to go to mainland to study further.
Tourism 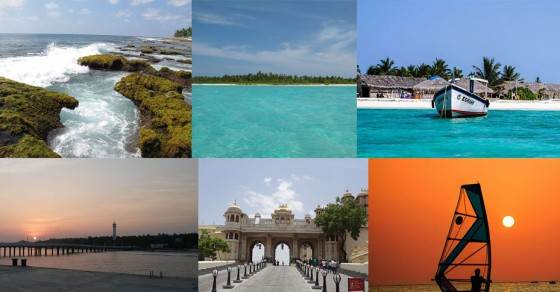 The tourism industry is the most successful and newly developed industry here. The experience of tourism here is different from all other tourist places. It is very natural and beautiful and is an absolutely fantastic place.
Coconut palm trees bordering tall white beaches are very nice to see. Emerald green water and tranquil natural scenery around you will make it difficult to leave this place. Lakshadweep has interesting facilities for visiting many places. You can see the beautiful island of Kavaratti, besides you can also visit Ajara and Jamnath Mosque. If you want, you can just relax on a beach and also go swimming. Kalpeni is another attractive place which has beautiful corals apart from the coral coast. Here you can enjoy reef walk or water sports like sailing, pedal boat and kayak. In Agati you can also enjoy many water sports such as scuba diving, snarkling, fishing trips and more. Other famous places are Kadam Bangaram and Minicoy. Kavaratti is the most developed island and is famous for Ujra mosque and other 52 mosques. Here you can also see the Marine Museum. Here, underwater boats can be enjoyed by glass bottom boats. Lakshadweep tourism is great for family holidays, honeymoon and adventure. There are many resorts and hotels for tourists here. You can enjoy both local and international cuisine here.
Transportation 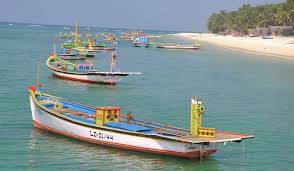 Lakshadweep is an island located slightly away from the mainland. It is considered an environmentally sensitive place. Therefore you will find that transportation to Lakshadweep is very less. Since the islands here are very small, people here prefer to walk. Bicycles are the favorite mode of transport of the people here. You can also use boats, ferry and helicopters to travel from island to island. The only airport is at Agati. From here you can also take flights to Mainland. From Kochi and Goa you will also get ships to Lakshadweep.