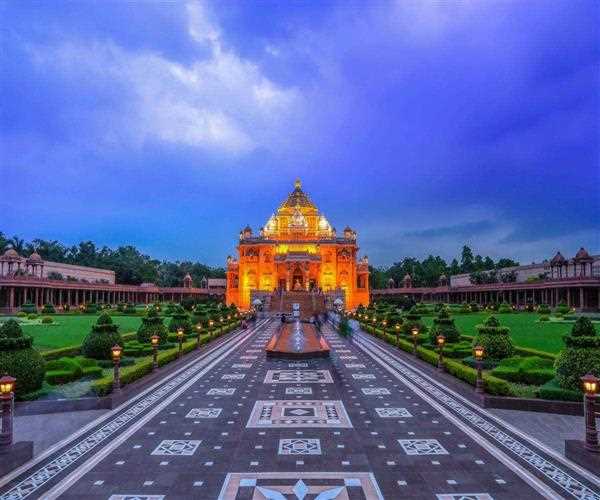 Gujarat is distinguished by historical and cultural prominence evident in the exquisite piece of heritage buildings, and religious sites. Gujarat is famous for business of garments, spices, etc. Beaches, Fairs and Festivals are the other attractions.

Please log in or register to vote.
0 votes
answered 24 days ago by Palak Anjum 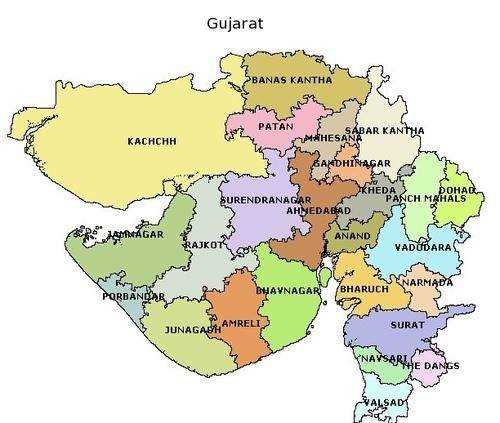 Leaders like Mahatma Gandhi, Sardar Vallabhbhai Patel and now Narendra Modi have a rich tradition of history and culture of Gujarat. The history of Gujarat is believed to be three and a half thousand BC, but the present Gujarat came into existence on 1 May 1960, separated from Maharashtra. 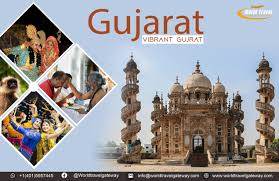 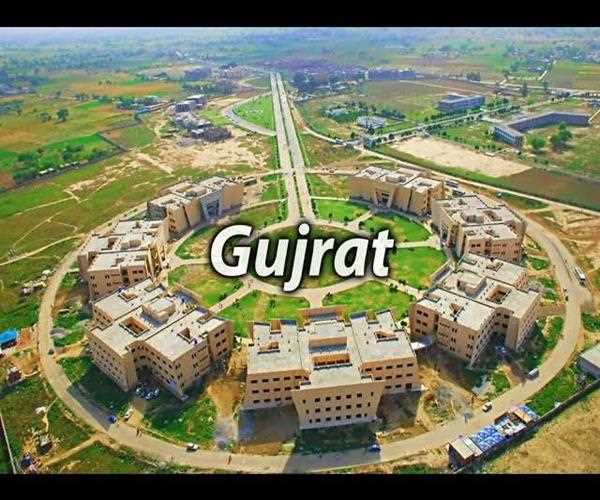 Area and Population: Gujarat is situated on the west coast of India. It is bounded on the west by the Arabian Sea, on the north by Pakistan and on the north-east by Rajasthan, on the south-east by Madhya Pradesh and on the south by Maharashtra. The area of the state is 1 lakh 96 thousand 24 square kilometers and the population is more than 6 crore. The state capital is Gandhinagar and the main language of the state is Gujarati. Although other languages are also spoken in the state.
History: It is said that about 2,000 years ago, when Lord Krishna left Mathura and settled on the west coast of Saurashtra, it was called Dwarka i.e. Gateway. In later years, Maurya, Guptas, Pratiharas and many other dynasties ruled this region. The reign of the Chalukya (Solanki) kings is considered an era of progress and prosperity in Gujarat. Despite the looting of Mahmud Ghaznavi, the Chalukya kings took full care of the prosperity and well-being of the people here. Before independence, the present territory of Gujarat was mainly divided into two parts - one the British territory and the other the princely states.
Culture: The culture of Gujarat is also diverse like other parts of the country. Here Hindu, Islam, Jain, Buddhist, Parsi etc. live here religiously. Dandiya celebrations during kite flying and Navaratri are quite popular in the country and abroad. Various festivals are celebrated here in which Tarnetar fair is celebrated in the praise of Lord Shiva in the village of Tarnetari on the Chaturthi, Panchami and Shashthi day of the month of Bhadrapadra (August-September). Madhavaraya fair is held at Madhavpur near Porbandar on the ninth day of the bright fortnight of Chaitra (March-April) to commemorate the marriage of Lord Krishna and Rukmini.
Ambaji fair dedicated to Maa Amba is organized in Banaskantha district of North Gujarat. The largest annual fair in the state is held in Dwarka and Dakor on the occasion of Janmashtami, the birthday of Lord Krishna. Apart from this, Makar Sakranti, Navratri, Dangi Darbar, Shamlaji fair and Bhawnath fair are also organized in Gujarat.
Agriculture and Industry: Gujarat is the major state in the country producing cotton, tobacco and groundnut and provides raw material for important industries like textiles, oils and soaps. Other important cash crops are isabgol, paddy, wheat and millet. The species of trees available in the forests in Gujarat are teak, khair, haldriyo, saadad and bamboo.
Industries like chemicals, petrochemicals, fertilizers, engineering, electronics etc. are being developed here. Along with this, work of new industries is going on fast with the help of NRIs. The total irrigation potential by ground water and ground water in the State is estimated at 64.88 lakh hectare, with the Sardar Sarovar (Narmada) Project having a capacity of 17.92 lakh hectare.
Transport: The state is very developed in terms of road transport and the total length of roads (other than non-plan, community, urban and project roads) in the state was about 74 thousand 112 km by the end of 2007-08. Daily air services to Mumbai, Delhi and other cities are available from the main airport at Ahmedabad in the state. Ahmedabad Airport has got the status of International Airport. Other domestic airports are at Vadodara, Bhavnagar, Bhuj, Surat, Jamnagar and Rajkot. Rail also has a good network here.
Gujarat has a total of 41 ports along the sea border. Kandla is the main port of the state. During the year 2009-10, a total of 2055.40 lakh tonnes of goods were transported from medium and small ports of Gujarat, while 795 lakh tonnes of goods were carried from Kandla port. The current figure is even more. 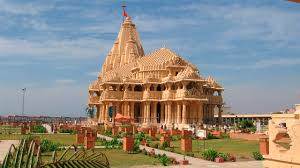 Tourist places: Porbandar, the birthplace of Mahatma Gandhi, besides the religious places like Dwarka, Somnath, Palitana, Pavagadh, Ambaji, Bhadreshwar, Shamlaji, Taranga, Girnar and Patan, Siddhpur, Ghurnali, Dabhai, Vadnagar, notable for the archeology and architecture in the state. Places like Modhera, Lothal and Ahmedabadis also.The beautiful beaches of Ahmedpur Mandvi, Chorwad and Tithal, the Satpura hill station, the lion sanctuary in the Gir forests and the wild ass sanctuary in Kutch are also tourist attractions.