What is 'Mini Constitution'?

explain about the Mini constitution.

Please log in or register to vote.
0 votes
answered 31-Aug-2020 by Anonymous User 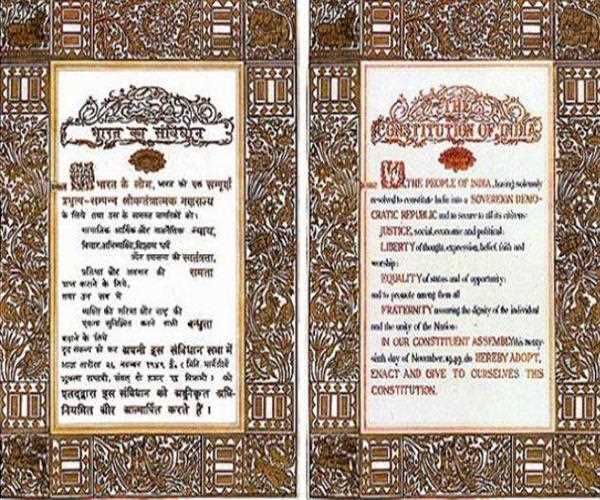 Ever since the 1971 Lok Sabha elections, a section of the erstwhile governing party was making a representation that extensive changes were required in the constitution for the socio-economic progress of the country. In this background, a committee headed by Sardar Swaran Singh was set up by the then Congress President on 26 February 1976 to consider the question of a constitutional amendment.. Due to the large number of amendments this act has brought to the Indian Constitution, it is also known as 'Mini-Constitution.

It added the words 'secular' and 'socialist' to the Preamble of the Constitution and the words 'more integrity' with the unity of the state.
Basic duties arrangement
Through this, 10 basic duties of citizens were fixed by arranging duties along with rights. Some new elements were added to the Directive Principles such as - providing opportunities and facilities for children to grow up in a healthy manner, administering free legal aid to weaker sections of society, making employees partners in the management of industrial institutions and the country. Protect and improve the environment.
Emergency provision
It was arranged that the emergency under Article 352 can be enforced in the whole country or for any or some part of the country.
Center-state relationship
Through this education, measurement, weighing, protection of forest and wild animals and birds - they were removed from the world state list and placed in the concurrent list. Apart from this, tribunals were established in various areas from administration. An attempt was made to limit the jurisdiction of the courts.
Whatever the goals and objectives of this Constitutional Amendment, as stated by the ruling class of the time, in fact, the prime objective in the practice of this Constitutional Amendment was the maximum centralization of power in the hands of the Prime Minister and the Executive.
The election manifesto published by the Janata Party at the time of the election of the Sixth Lok Sabha, a major thing under its political program, was said to be repealing the 42nd Constitutional Amendment. But after gaining power, instead of repealing all the provisions of the 42nd amendment, a practical approach was adopted in this regard on the basis of virtue. The 43rd and 44th constitutional amendments were made to repeal many things of the 42nd constitutional amendment.