detail the importance of national flag of India.

Importance of national flag of India.

Please log in or register to vote.
0 votes
answered 10-Feb-2020 by Saddiya Anwar 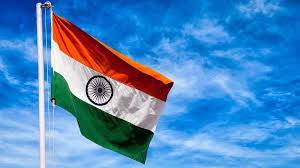 National Flag of India is horizontal tricolor of deep saffron Kesari, represents courage and sacrifice at the top, white colour indicates peace and truth in the middle and dark green represents faith and chivalry at the bottom.

2:3 is the ratio of the width of the flag to its length. In the centre of white band is a wheel, in navy blue colour. Its design is that of the wheel (Chakra) with 24 Spokes on the abacus of the Sarnath lion capital of Ashoka. Its diameter equals to the width of the white band.  On 22nd July, 1947 the constituent assembly adopted the design of the national flag. Its use and display are regulated by a code.A new Flag code of India, 2002 took effect from 26 January 2002 and its provisions are :  No restrictions for displaying the national flag by members of general public, private organisations and educational institutions.

However, Prevention of Improper Use Act 1950, the prevention of insults to National Honour Act, 1971 and few other law enacted on the subject are guidelines for using the flag with dignity and pride.

Please log in or register to vote.
0 votes
answered 08-Sep-2020 by Palak Anjum 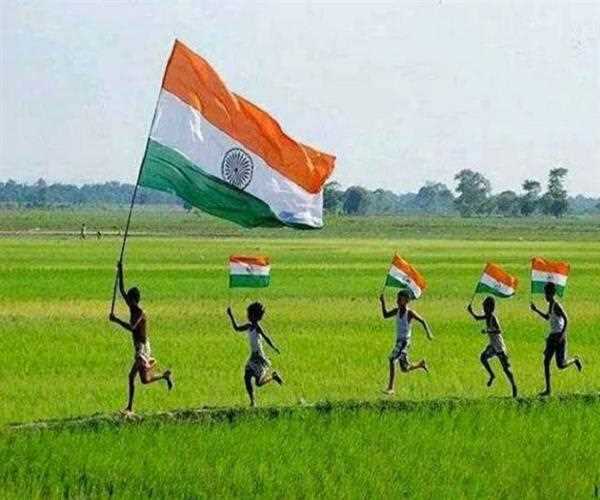 The national flag tricolor contains three colors saffron, white and green. These three colors have their own importance and their philosophical meanings are also derived. The makers of the Rashtravadja used these three colors and the Ashoka Chakra very thoughtfully to tie the country into a formula. The saffron color present in the tricolor is considered a symbol of courage and sacrifice. White color is a sign of truth, peace and purity. The third color of the tricolor is considered a symbol of prosperity. These colors together make a symbol of the pride of the country and impart knowledge about life along with the message of brotherhood.

Saffron is rich in spirituality
Saffron colour is called a symbol of sacrifice. Saffron colour shows courage and selfless feelings towards the nation. This colour is a colour of religious importance for religions such as Buddhism and Jainism. However, this color also gives the message of liberation and renunciation to the ego of all religions and is also considered a symbol of unity among people. Saffron color is also considered a symbol of spirituality and energy.
Hindus, Buddha, Sikhs - all consider this color close to them. In the common language, saffron colour is also called orange color. It is also considered a sign of Hinduism. Usually any monk, sage, sage or temple pundit is seen in Kesari cloth which has different importance.
Wearing Kesari colored clothes during the puja-archana is recognized. Kesari is the symbol of color fire based on Hindu beliefs. A person realizes God through the fire burning in the Havan Kund. On this basis too, Kesari color is associated with spirituality.
White color is a sign of harmony
The Indian tricolor stays in the middle of white color which has been considered a symbol of peace and honesty. According to Indian Philosophy, white colour is also considered a symbol of cleanliness and knowledge. We should always follow the path of guidance and truth.
Green symbolizes happiness and progress
The green color at the bottom of the tricolor symbolizes faith, fertility, prosperity, prosperity and progress. This is the philosophy that green color is also associated with the festive atmosphere. So according to Feng Shui the green color also gives relief from many diseases.
The green color reflects greenery all over India and also relieves eyes. Just as nature gives the message of life, similarly this color also has a deep connection with life. According to Feng Shui, green color is a life-giving medicine for sick people. Feng Shui has also considered it a symbol of development, health and good fortune.
Elements such as barium, chlorophyll, copper, nitrogen and nickel are found in green color. Also, it is said about this color that it also keeps the person away from depression. The green color reflects an emotionally majestic chic and autocratic nature.
The history of the tricolor is very old. It was first built in 1906. However, there have been many changes in its form. The country is celebrated its 74th Republic Day with great enthusiasm this time on 26 January.