Which Indian state established Panchayati Raj in 1959 for the first time in history of India?

Which Indian state established Panchayati Raj in 1959 for the first time in the history of India?

Please log in or register to vote.
0 votes
answered 02-Sep-2020 by Anonymous User 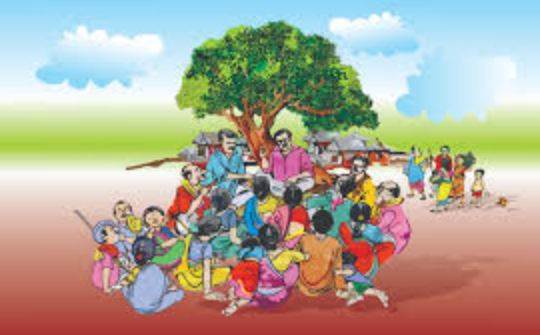 India is a very wide country and it is called the largest democracy in the world. Due to high population and area in many states, the person sitting on the highest level of the state could not be aware of the problems of the people of rural areas, so it was decided that the roots of democracy should be spread like tree roots in the country.

A committee was formed in 1957 under the chairmanship of Balwant Rai Mehta for this work. In its recommendation, the committee recommended democratic decentralization, which has been called Panchayati Raj. The committee had talked about the 3-tier Panchayati Raj system.
Rajasthan was the first state in the country where the Panchayati Raj system was implemented. The scheme was launched by Prime Minister Jawaharlal Nehru on 2 October 1959 in Nagaur district. After this the scheme was implemented only in 1959 in Andhra Pradesh.
The Panchayati Raj Ministry was made a separate ministry on 27 May 2004 to oversee the Panchayati Raj system in India. National Panchayati Raj Day is celebrated every year in India on 24 April. The reason for celebrating this day is the 73rd Constitution Amendment Act, 1992 which came into force from 24 April 1993. National Panchayati Raj Day (NPRD) is being observed from 2010 to 24 April.
There are 2.54 lakh panchayats in our country, including 2.47 lakh gram panchayats, 6283 block panchayats, and 595 district panchayats. There are more than 29 lakh panchayat representatives in the country. The establishment of Panchayati Raj in India is considered from 24 April 1992.