the new traffic rules in India 2019

Please log in or register to vote.
0 votes
answered 10-Aug-2020 by Adriana Michele 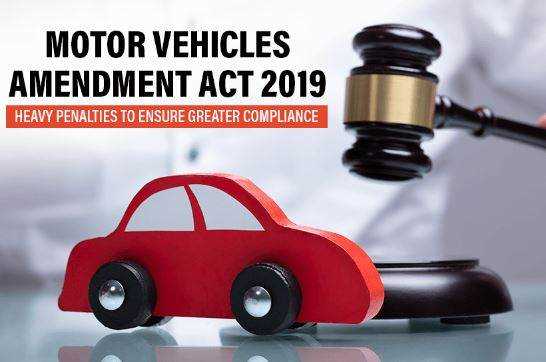 The new motor vehicle act got being implemented across the country from today ie 1st September 2019. Under this, the crime has been increased to 5 times on many mistakes, 10 times in some cases and 30 times in many cases.

Normal challan : First Rs 100, now Rs 500.
Non-wearing of helmet: Earlier penalty of Rs 100 was imposed, now license suspended for three months with fine of Rs 1,000.
Driving without a license: First just 500 rupees, now fine up to 5,000 rupees.
Overloading on two-wheeler: First Rs 100, now fine Rs 2 thousand and / or license suspended for 3 months.
On not wearing seat belt: Earlier Rs 100 used to be fine, now it will be Rs 1,000.
Talk on phone while driving: First 1 thousand, now a fine of 5 thousand rupees.
Over speed: First 400 rupees, now for the first time, a fine of 1-2 thousand rupees on light trains and 2-4 thousand rupees on medium passenger or commercial vehicles. License forfeited for a second time.
Dangerous driving: First time 6 months to 1 year in jail and / or fine up to 1-5 thousand rupees. Second time up to 2 years in jail and / or fine of 10 thousand rupees.
Drunk driving: Prison for up to 6 months and / or a fine of Rs 10,000 for the first mistake. Jail up to 2 years and / or a fine of Rs 15,000 for the second time.
Racing and Speeding: Jail up to 1 month and / or fine of Rs 5000 for the first time. Second jail for up to 1 month and / or fine of up to 10 thousand rupees.
On driving without insurance: The first mistake is a fine of Rs 2,000 and / or up to 3 months in jail. A second fine of Rs 4 thousand and / or imprisonment for 3 months.
On not giving way to vehicles engaged in emergency services : Earlier there was no provision, but now a fine of Rs 10,000 or jail term of up to 6 months or both can be.
Accident-related offenses: First-time imprisonment for 6 months and/or fine of Rs. 5000. Jail up to 1 year for the second time and / or a fine of up to 10 thousand rupees.
On driving of minors: Earlier there was no law regarding accidents during the driving of minors. Now the parent / vehicle owner of the child will be held guilty. He will face a fine of 25 thousand rupees and three years in jail. Also, vehicle registration will be canceled for one year. The minor will not be given a driving license before the age of 25.