What is "Terminal High Altitude Area Defense (THAAD)", sometimes seen in the news?

What is 'Terminal High Altitude Area Defense (THAAD)', sometimes seen in the news? 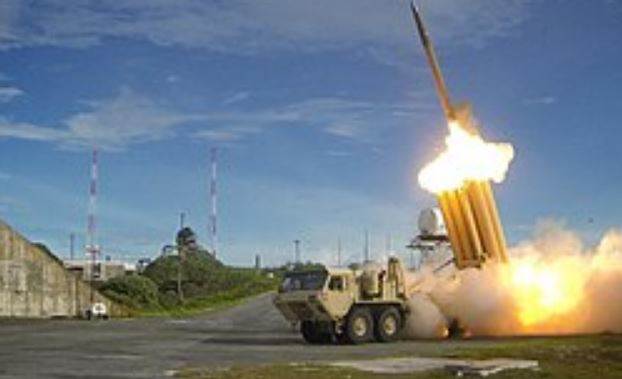 The Terminal High Altitude Area Defense THAAD) is a transportable system that accepts ballistic missiles into or out of the atmosphere during its final, or terminal, flight phase. THAAD uses a one-stage hit-to-kill interceptor to destroy incoming ballistic missile targets.

THAAD is capable of intercepting missiles coming from both inside and outside the Earth's atmosphere in the 200-kilometer range, which reduces the effects of weapons of mass destruction before they hit the ground.
The ability to intercept both inside and outside the atmosphere makes THAAD an important part of layered missile defense concepts, as it falls between exo-atmospheric Aegis interceptors in particular and endo-atmospheric Patriot interceptors.
The United States Army program, originally it has now come under the umbrella of the THAAD Missile Defense Agency. The Navy has a similar program, the sea-based Aegis Ballistic Missile Defense System, which also has a land component ('Aegis ashore').