What is a BIMSTEC conference?

Please log in or register to vote.
0 votes
answered 11-Aug-2020 by Adriana Michele 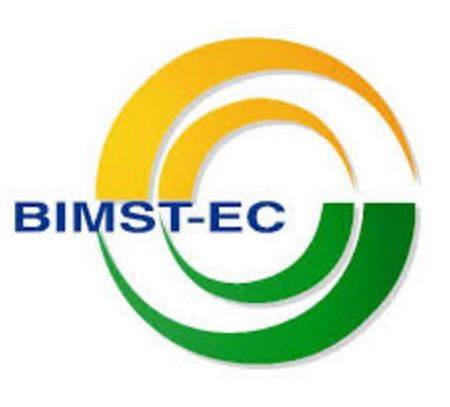 BIMSTEC stands for (Bay of Bengal Initiative for Multi-Sectoral Technical and Economic Cooperation). It is a regional multilateral organization and has its members located in the coastal and adjoining areas of the Bay of Bengal which symbolize regional unity.

Of its 7 members, 5 are from South Asia, including Bangladesh, Bhutan, India, Nepal and Sri Lanka and two from Myanmar and Thailand from Southeast Asia.
BIMSTEC not only makes connections between South and Southeast Asia but also connects the ecology of the Himalayas and the Bay of Bengal.
Its main objectives are to create an environment for rapid economic growth, accelerate social progress and promote cooperation on matters of common interest in the region.
Formation of BIMSTEC
This sub-regional organization came into existence in the year 1997 through the Bangkok Declaration.
It was initially formed with four member nations abbreviated as 'BIST-EC' (Bangladesh, India, Sri Lanka and Thailand Economic Cooperation). After the incorporation of Myanmar in the year 1997, it was renamed as 'BIMST-EC'.
After Nepal and Bhutan joined it in the year 2004, the organization was renamed Bay of Bengal Initiative for Multi-Sectoral Technical and Economic Co-operation.
Objective
To create an environment for rapid economic development in the region.
To develop a spirit of cooperation and equality.
To promote active cooperation and mutual assistance in areas of common interest of member nations.
Full cooperation in the fields of education, science and technology etc.
Principles of BIMSTEC
Equal sovereignty
territorial integrity
Political freedom
Non-interference in internal matters
peaceful coexistence
mutual benefit
Providing other options rather than replacing other bilateral, regional and multilateral cooperation between member states
The capabilities
This organization acts as a bridge between South and South-East Asia and represents the strong mutual relations between these countries.
Provides a platform for inter-regional cooperation between SAARC and ASEAN members.
The member countries in the organization have a population of about 1.5 billion which is about 22% of the global population.
BIMSTEC countries, with a combined economy of 3.5 trillion GDP as per 2018 data, have been maintaining an average growth rate of 6.5% percent for the last five years. One-fourth of the world's total trade passes through the Bay of Bengal every year.