What is the main role of Acharya Kripalani in India's independence?

What is the main role of Acharya Kripalani  in India's independence?

Please log in or register to vote.
0 votes
answered 03-Sep-2018 by ASHUTOSH PANDEY

JB Kriplani, who president of Indian National Congress at the time of independence was born on 11 Nov. 1888 in Sindh district of Hyderabad. He got his education from Fergusson college Pune. He took his Masters in Economics and history.He was teacher and lawyer by profession and actively participated in the Independence movement of India. His father Kaka Bhagwan Das was judicial official in the British government. He actively participated in the national movement since he met Gandhiji in Champaran Satyagraha in 1917. He was deeply influenced by Gandhi and worked in his Ashrams in Gujrat and Maharashtra. He was such a blind follower of Gandhi that he was first to contact him when he landed in India in 1917. His wife Sucheta Kriplani was also a freedom fighter who was appointed as first women CM of Uttar Pradesh. Being general secretary of Indian National Congress he actively participated in Salt Satyagraha and Quit India movement. 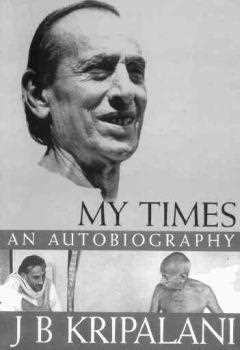 After Independence, he lost the election of presidentship of Indian national congress and due to setback he left Congress and formed his party named Kisan Mazdoor Praja Party, which he later merged with the Socialist Party of India and formed Praja socialist party of India.