What is the main role of Rajkumari Amrit Kaur in India's independence?

What is the main role of Rajkumari Amrit Kaur in India's independence?

Please log in or register to vote.
0 votes
answered 28-Sep-2020 by Anonymous User 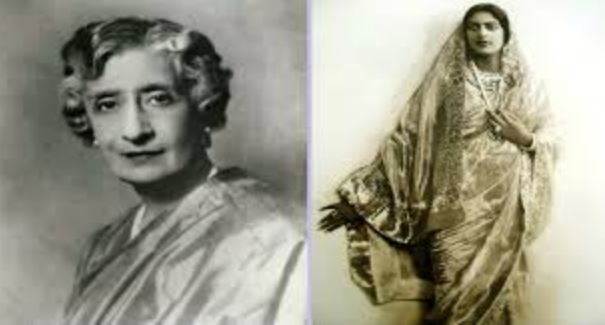 Rajkumari Amrit Kaur Ahluwalia was born on 2 February 1897 in Lucknow city of Uttar Pradesh state. She did her higher education in England. MA from Oxford University After passing, she returned to India. Princess Amrit Kaur Ahluwalia was her deputy daughter of an Indian delegation who went to London to attend UNESCO meetings in 1975. When this delegation went to Paris to participate in UNESCO meetings in 1949, she was still its deputy (deputy leader). She was the chairperson of the All India Conference of Social Work in 1979 and 1979. In 1950, she was elected President of the World Health Assembly.

She was the Health Minister in the Government of India from 1957 to 1956. The nineteenth International Red Cross Conference was held in 1956 in New Delhi under the chairmanship of Rajkumari Amrit Kaur Ahluwalia. She was an assistant president of the League of Red Cross Societies from 1950 AD to 1969 AD. She was the Chief Commissioner of the St. John's Ambulance Brigade from 1969 to 1979 and the Chief Officer of the Indian Council of Child Welfare. She was also the President of All India Institute of Medical Sciences.
The princess loved sports. He founded the National Sports Club of India and was the President of this club from the beginning. She had a great interest in playing tennis. He received tennis championships several times.
She headed the Tuberculosis Association of India and the Hind Leprosy Prevention Association from the beginning. She was a trustee of Gandhi Smarak Nidhi and Jallianwala Bagh National Memorial Trust, a member of the Council of Scientific and Industrial Research, Gawning Badi, and president of Delhi Music Society.
Rajkumari was a famous lady.  She received her doctorate from Delhi University, Smith College, Western College, Makerere College, etc. She loved flowers and children a lot. She was a vegetarian and lived a life of simplicity. Apart from the Bible, they also found peace by reading Ramayana and Gita daily. She contested the first election from Mandi in Himachal Pradesh and Azad was the first Health Minister of India. Not only this, but she also worked for the establishment of AIIMS in Delhi. She died in Delhi on 2 October 1949. They were not buried as per their wish, but were burnt.