Who is the writer of the My Unforgettable Memories ?

Who is the writer of the My Unforgettable Memories ?

Please log in or register to vote.
0 votes
answered 02-Dec-2021 by Harshal Vispute

Mamata Banerjee's memoirs are being translated into English for the first time in India. This concise biography spans her life, from her youth through her political career, and is based on her prior Bengali publications. As she reveals her instinctive desire to cultivate her political career with her beliefs, her humble beginnings come to the fore. This biography is a sad and candid account of one of India's most known politicians' hardships and tribulations, which have undoubtedly contributed to both her personality and her career as a politician. 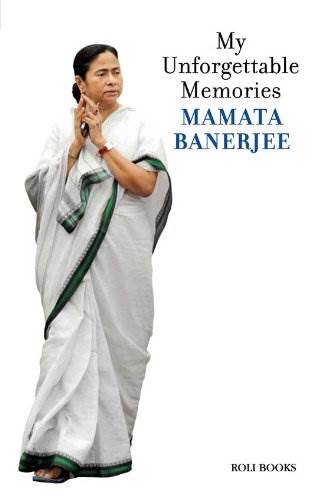 Mamata Banerjee is the author of this book.

Mamata Banerjee in West Bengal's ninth chief minister. She has been involved with various social and human rights groups working for the welfare of the underprivileged, children, and women. She is the founder and chairman of the Trinamool Congress. She is particularly concerned about the protection of human rights. She has held the positions of Union Minister of State for Human Resource Development, Department of Youth Affairs and Sports, and Women and Child Development in the past.

Banerjee was the first woman to serve as Minister of Railways on two occasions. After Prafulla Chandra Sen in 1967 and Buddhadeb Bhattacharjee in 2011, she is the third West Bengal Chief Minister to lose an election in her home constituency. However, Suvendu's win remains contentious to this day. The outcome of the Nandigram Constituency election was contested in the Calcutta High Court, and the case is now pending.

After splitting from the Indian National Congress in 1998, she created the All India Trinamool Congress (AITC or TMC) and served as its first chairman. Didi is a nickname given to her.

Roli Books is the publisher. And the publication date is March 1, 2012.