Which batsman holds the record for scoring the fastest triple century in test cricket ?

Which batsman holds the record for scoring the fastest triple century in test cricket ?

Please log in or register to vote.
0 votes
answered 06-Mar-2019 by DILIP SINGH 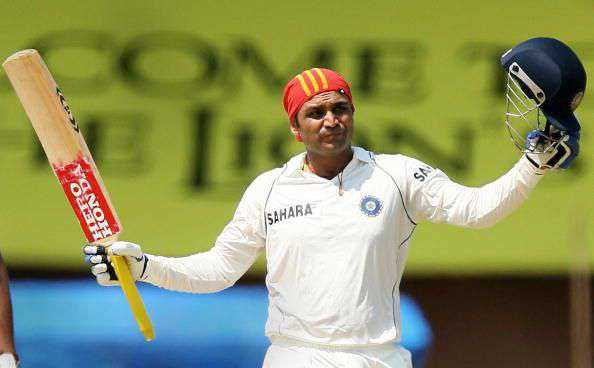 Virender Sehwag former Indian Opening Batsmen has the world record of making the fastest triple hundred in Test cricket. He had scored 319 against South Africa at Chennai in 304 balls with a strike rate of 104.93 included 5 sixes and 42 fours.

Virender Sehwag played his first One Day International in 1999 and joined the Indian test side in 2001. In April 2009, he became the first Indian player to be honored as the Wisden Leading Cricketer in the World for his performance in 2008. He was the Occasional captain of India, former Vice-Captain of India, former captain of Delhi Daredevils and former captain of Delhi Ranji Team.
Sehwag also one of the four batsmen in the world to have ever surpassed 300 twice in Test cricket and he is the only one who scores two triple centuries with five-wicket innings haul.
Sehwag was born in the Jat family of a grain merchant. He was living in a joint family with siblings, uncles, aunts and sixteen cousins. Sehwag family hails from Haryana, though now settled in New Delhi.
'Happy Reading'