Who was considered the mastermind behind the Kakori Train Dacoity?

Who was considered the mastermind behind the Kakori Train Dacoity?

Please log in or register to vote.
0 votes
answered 31-Mar-2018 by Anonymous User
Ram Prasad Bismil and Ashfaqullah Khan were considered as the mastermind of the Kakori Conspiracy which is also renowned as Kakori Train Robbery. 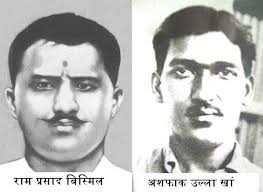 It was a train a robbery which was organized by the Hindustan Republican Association and it took place between Kakori which was near to Lucknow, Uttar Pradesh.
The robbery was conceived by Ashfaqulla Khan and Ram Prasad Bismil who were members of Hindustan Socialist Republican Association. The Hindustan Socialist Republican Association was an organization which was formed to carry out revolts against the British Empire in India, with an objective of making our country independent.
As the organization was in need of money for purchasing various weapons Bismil along with his fellow party members decided to rob one of the trains of the Northern Railway lines. The robbery was executed by Chandrashekhar Azad, Sachindra Bakshi, Keshab Chakravarty, Manmathnath Gupta, Murari Lal Gupta, Ram Prasad Bismil, Ashfaqulla Khan, Rajendra Lahiri in which one member was killed by an accidental bullet fire.

The number 8 Down Travelling Train was going from Shahjahanpur to Lucknow was reaching the town Kakori when one revolutionary which was inside the train pulled the chain to stop the train. Facts and reports reveal that they robbed this train as the particular train was supposed to carry bags full of money which belonged to the British Government Treasury and was kept in the guard’s cabin. 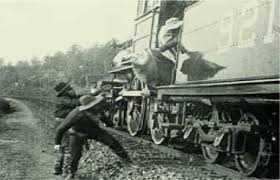 Members, however, looted only these bags which were containing around eight thousand rupees. As the train was filled with Indian passengers they were not been touched and all the members after the robbery escaped to Lucknow.
The mainstream motive behind the robbery was to:
Right after the incident took place the British Administration did an intense investigation in which they arrested numerous revolutionaries which were related to this robbery.
Ram Prasad Bismil who was the leader of this robbery was arrested from Saharanpur on 26th September 1925 and his fellow member was arrested after 10 months in Delhi and overall 40 people were been arrested by the British administration.