Stuttgart, the place at which Madame Bhikaji Cama unfurled the Indian Flag is located in which country?

Stuttgart, the place at which Madame Bhikaji Cama unfurled the Indian Flag is located in which country? 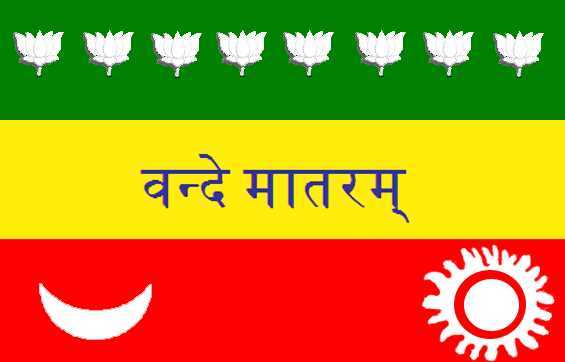 On August 22, 1907, Madam Bhikaji Cama became the first person to hoist Indian flag on foreign soil in Stuttgart in Germany. Appealing for human rights, equality and for autonomy from Great Britain, she described the devastating effects of a famine that had struck the Indian subcontinent.

The flag she unfurled was co-designed by Cama and Shyamji Krishna Varma, and would later serve as one of the templates from which the current national flag of India was created. In the flag, the top green stripe had eight blooming lotuses representing pre-independence India’s eight provinces. ‘Bande Mataram‘ was written across the central saffron stripe in Hindi. On the bottom red stripe, a half moon was on the right and the rising sun on the left, indicating the Hindu and Muslim faith.

The same flag was later smuggled into India by socialist leader Indulal Yagnik and is now on display at the Maratha and Kesari Library in Pune.

Post this event, Bhikaji went to the United States where she traveled a lot, informing Americans about India’s struggle for independence. She also fought for the cause of women and often stressed the role of women in building a nation. Speaking at National Conference at Cairo, Egypt in 1910, she asked,

“Where is the other half of Egypt? I see only men who represent half the country! Where are the mothers? Where are the sisters? You must not forget that the hands that rock cradles also build persons.”

When First World War broke out in 1914, Bhikaji took an anti-British stand. She visited the army camp at Marseilles and asked the Indian forces there,

“Are you going to fight for the people who have chained your motherland?”

Since France and England were allies in this war, she was asked to live outside of Paris and to report to the police station once a week. Unshaken, the indomitable lady continued to maintain active contacts with Indian, Irish, and Egyptian revolutionaries as well as with French Socialists and Russian leadership.

Cama remained in exile in Europe until 1935, when, gravely ill and paralyzed by a stroke that she had suffered earlier that year, she petitioned the British government to be allowed to return home. Knowing that she was not in a condition to participate in the freedom struggle, she was granted permission to return to India after 33 long years.

In November 1935, 74-year-old Bhikaji finally returned to Mumbai but did not live for long. Having fulfilled her desire of seeing her motherland once again, she breathed her last nine months later on August 13, 1936. She had bequeathed most of her personal assets to the Avabai Petit Orphanage for girls. The nation had lost a fearless leader.

An unsung name among the stalwarts of Indian Independence Struggle, Madam Bhikaji Cama’s conviction, courage, and integrity took the message of Indian freedom struggle to the world with a force and clarity it had never had before. As the fiery lady had once declared,

‘Do not forget the important role of women play in building a nation.’